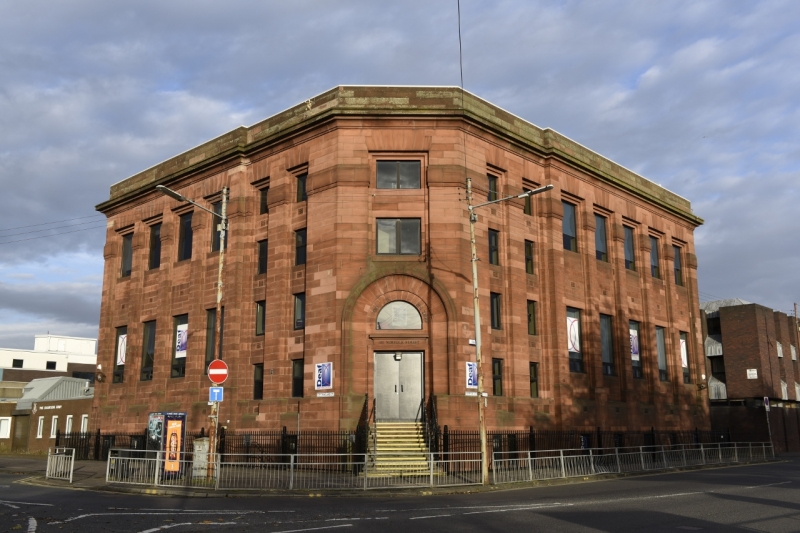 A rare survivor in an area which was comprehensively redeveloped in the 20th century. Strikingly set on a corner site, it ceased being a library in 1986. Deaf Connections moved to the building in 1988-9 and is descended from the Royal Institute for the Deaf and Dumb founded in 1827. Plaques from the John Ross Memorial Church for the Deaf at 158 West Regent Street (now converted to offices, see separate list description) are in the theatre which is now in the building.