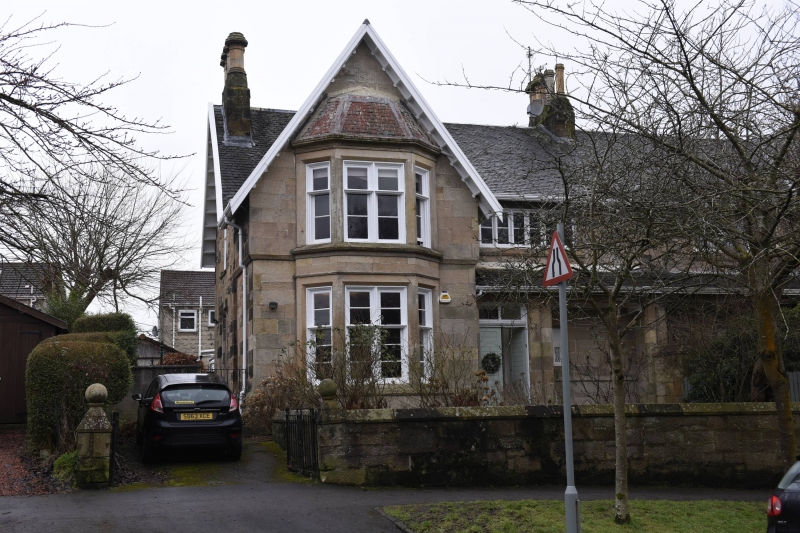 S ELEVATION: some changes to openings.

Built for Robert and James Couper of the Millholm Paper Mills. The Coupers later moved to two nearby adjacent houses including the exceptional Thomson villa of Holmwood (see separate listing).

Robert Couper expanded the paper mill in 1853 and invited his brother James to join him in the business at this time and it is likely that Braehead Villa was built to allow the brothers to work closely together. There is some uncertaintly about whether the villa was built as one house and soon after divided. The Coupers also commissioned Thomson to built a very similar semi-detached pair of houses in Cove (Shore Road, Ashlea and Ellerslie - see separate listing) as a summer residence.

The front garden has been considerably narrowed due to road widening in the 1960s. The front wall was moved and the original single entrance altered to form entrances at either end.