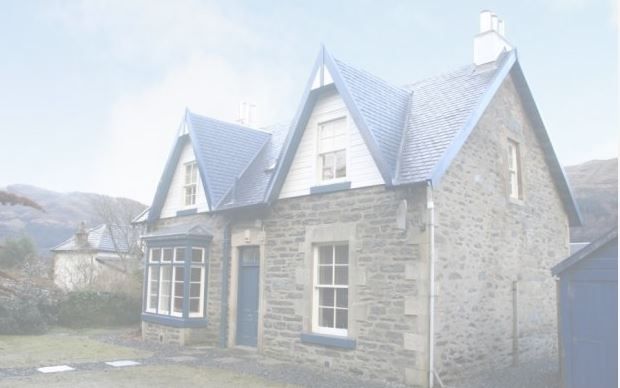 Howebank is small cottage-style villa which forms part of an 1890s group of 6 villas and 3 terraced cottages, all of which share similar characteristics and were probably built as a speculative development.

Howebank is the least-altered example of this small late 19th century development, and makes a positive contribution to the character of Loch Goil.

Howebank is a rectangular-plan single storey and attic house with a single storey piend-roofed kitchen outshot to the rear. The 3-bay front (E) elevation has central 2-leaf storm doors with a two-light fanlight; the left bay has a rectangular bay window with piended lead roof and narrow timber fretwork trim; the top panes are glazed with coloured quarries. The 2 attic windows are set in distinctive large timber-boarded gables. The sandstone long and short quoins and margins to the front elevation are raised, which would normally suggest an intention to harl; however, the front elevation is not random rubble but built to courses, suggesting that it was intended to be seen, and that the raised quoins are a decorative detail.

To the rear, lighting the stairs is a central dormer-headed window breaking eaves, with coloured margin glazing and acid etched centre panes. The kitchen outshot has a modern window.

The interior has decorative plasterwork to the ground floor rooms and turned timber stair balusters and newel.