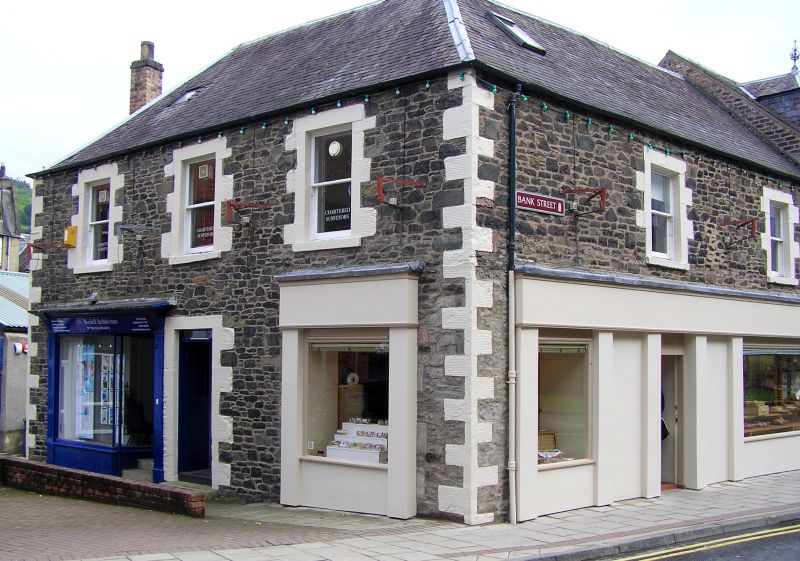 INTERIOR: converted to offices in the late 20th century however some decorative details remain at 1st floor such as timber panelled shutters and panelling, cast iron fire grates with timber surrounds and curved timber stair to floored attic space.

This group of predominantly earlier 19th century buildings form and important historical group sited in a prominent location in the centre of Galashiels. The buildings were known as Haldane's Court and the square immediately in front was known as Scott's Place, a popular meeting place for public gatherings. The buildings themselves have had various uses over time; in 1822 it was the main Post Office for the town, the shop to the right was previously a florist, and a corsetiere was known to have 1st floor rooms in the early 20th century.

The current internal layout is a complicated footprint linking the upper floors of 5, 6 and 7 Bank Street to the main property with the ground floor of number 6 bakers under separate ownership.