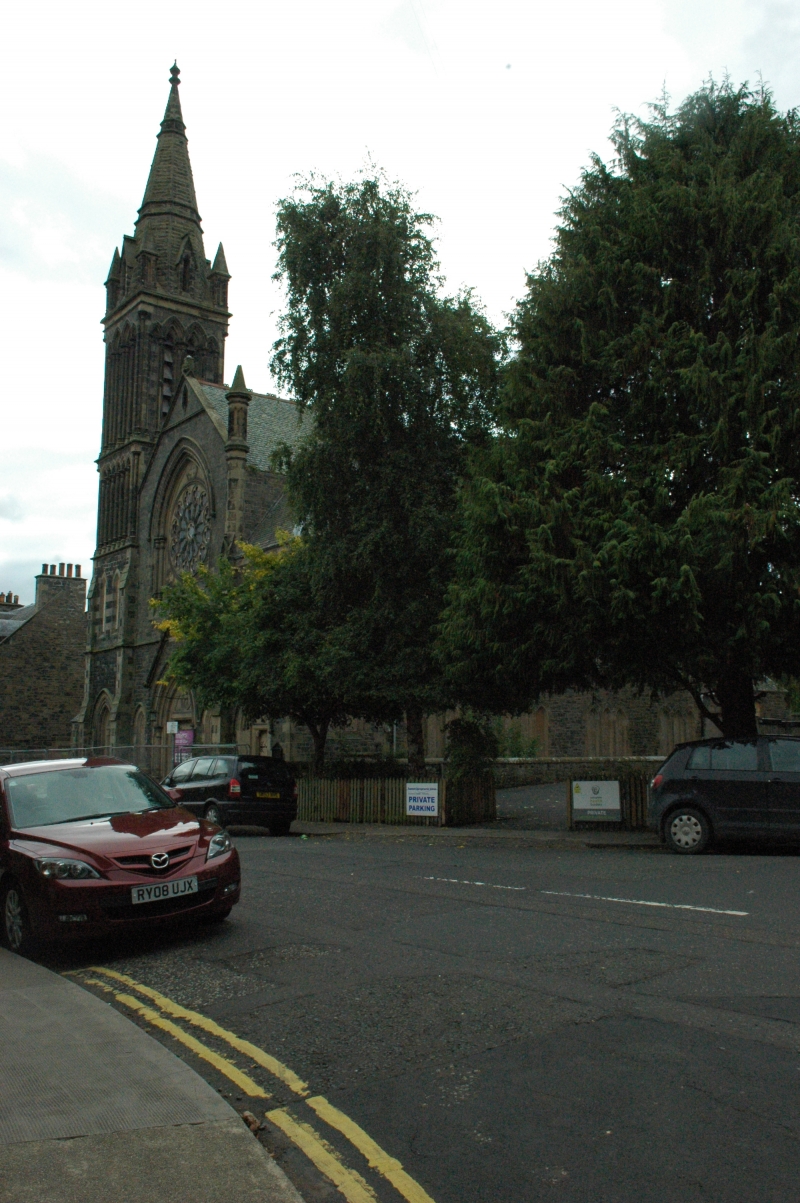 Ecclesiastical building in use as such. St Aidans Church is a good example of an unaltered later 19th century gothic church with a finely detailed interior and fine stone detailing particularly evident in the tower and spire which stand as a prominent landmark over the centre of the town.

The church was built by the Edinburgh firm of Thornton Shiells and Thomson, a large domestic practice, as the South United Presbyterian Church at a cost of £5000. The designs were exhibited twice at the Royal Academy (1880 and 1885). St Aidans is thought to have been designed by Robert Thornton Shiells (1833-1902), primarily a church architect, who trained under David Bryce. Shiells is known to have designed a good number of churches for the United Presbyterian Church, of which St. Aidans is seen as a fine example.

The church was consecrated in August 1880 and has remained in ecclesiastical use since then. It was renamed St Aidan's in 1981.

The later halls were requisitioned by the military for use as a canteen during the war.