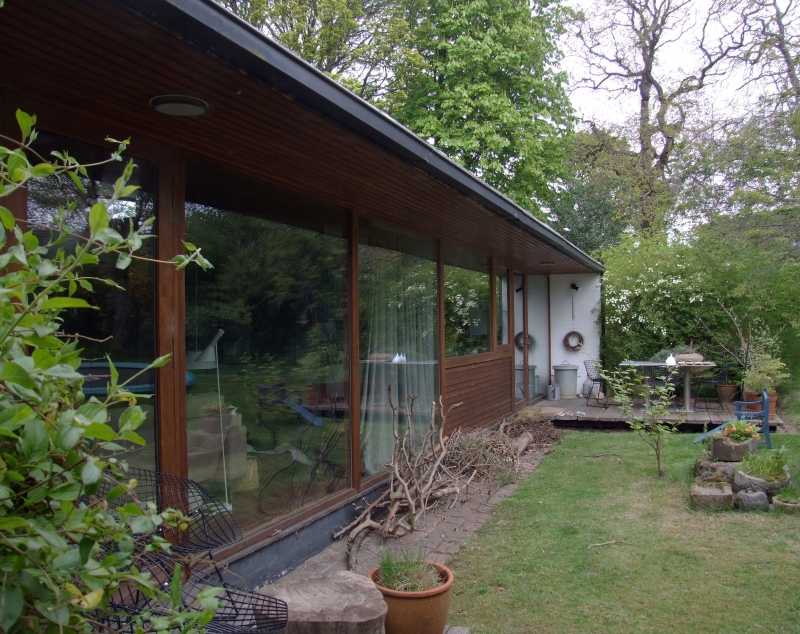 Clapperfield is one of the earliest examples of a Scottish house based on moderinist principles. Its long and low design and the contrast between white machined brick and boarded timber give a strong horizontal emphasis.

The innovative use of space and light is a particular feature and is most notable through the use of the open plan layout, an early example of this use of space, and the large glazed panels and full height and clerestory windows. The overhanging eaves and extensive glazing of the S elevation allows for low lying sun to penetrate deep into the house in the winter, whilst the projecting eaves give shade from the higher summer sun. Such design features are intrinsic to Renton's design philosophy for the house, which was his own home.

An important aspect of the design of the house from the outset was that Renton intended that the house could evolve and it has been extended twice. Each extension is designed to have its own character, but to be in keeping with the original design of the house through the use of the same materials. The house compares well with - and is similar to - 'Avisfield' by Morris and Steadman, (1955-57), which is believed to be the first modern-movement house in Scotland, but has been significantly altered. As Clapperfield dates from 1959 it is also a very early example of this type.

Stuart Renton was founding partner of Reiach and Hall Architects and was senior partner from 1982-1991. His major works include the New Club, Edinburgh (with Alan Reiach), 1969 (see separate listing); St Enoch Centre, Glasgow (jointly with GMW), 1988 and the Midlothian Council HQ Building, 1991. He was also tutor and later chair of the governors at Edinburgh College of Art, where he had trained as an architect (1946-1952).