A Grade I Listed Building in Hawarden, Flintshire 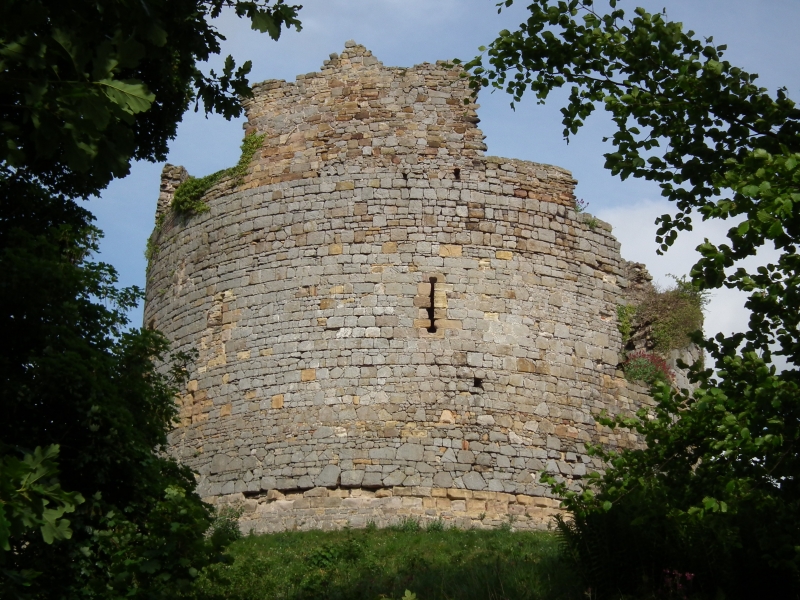 Ancient site upon which Hugh Lupus, Earl of Chester established a Norman castle. The present motte and irregular bailey presumably relate to this. Entirely destroyed by Llewelyn the Last
in 1265, the present buildings constitute its successor. Late C13, and probably with some input from the royal engineer, Master James of St. George, given its affinities with contemporary Royal works
in N Wales. Attacked by Llewelyn's brother Dafydd in 1282 during the latter's rising.

The castle saw much action in the first Civil War and was slighted by order of parliament in 1647. Consolidated, and no doubt "improved" as a ruin by the Glynnes, the owners from 1653. Restoration was carried out by George Shaw in the 1860s and by R.S. Weir in the 1920s.

The castle is of conventional motte and bailey type, though extensive additional earthworks to the E and SE were probably erected during the Civil War. A circular, late C13 2-storey keep surmounts the motte with an octagonal first-floor hall plus chapel and inner chamber. A curtain wall survives in part, especially to the N/E where it ascends the motte to join the keep. To the E the bailey. Remains of first-floor hall, with 2 large cusped lancets and some corbelling. Other associated ruins, those at the base of the motte apparently later. To the N the remains of a sophisticated postern (?) gate with deep drawbridge pit.