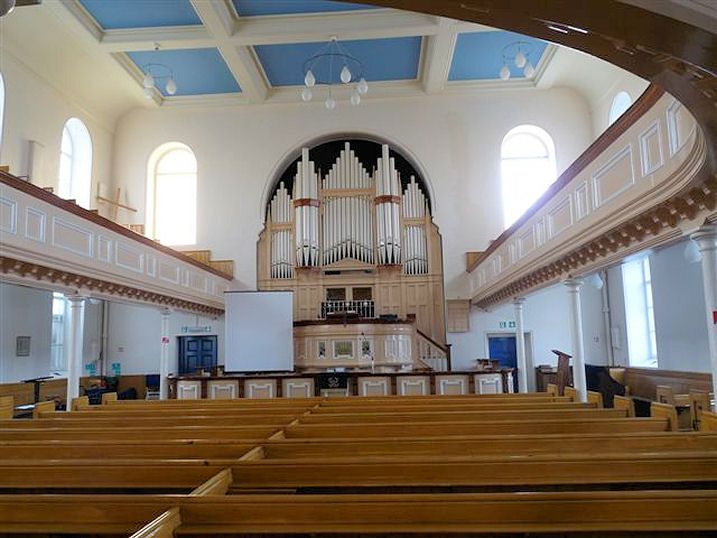 Location: Set back from the street behind railed forecourt on corner of entry to Ambrose Lloyd car park from New Street.

The chapel had two notable members, the novellist Daniel Owen (who based much of his work on events there), and Professor Ellis Edwards, Bala.