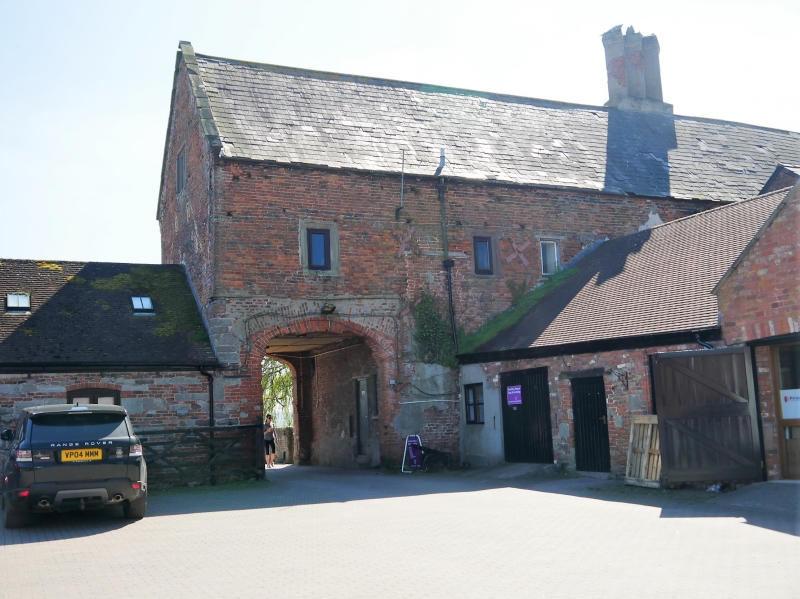 Location: Prominently sited adjacent to Raglan Castle the farm is approached from its own drive and shielded from close public view.

Farmhouse, probably built in the 1640s by the 5th Earl of Worcester to serve Raglan Castle. Though long used as a farmhouse, it may have had a different original use, perhaps a lodgings range.

Not available for inspection at time of resurvey (December 1999). Said in 1982 to retain original massive floor beams and double-collared trusses (with queen posts below); otherwise interior was C19, possibly because construction was incomplete when the castle was beseiged, and was abandoned until the C19.

Included as an important surviving part of the Raglan Castle group, with fine surviving architectural character of a formality not found in the 'regional' asrchitecture of the period. Notable as a very early example of the use of red brick.