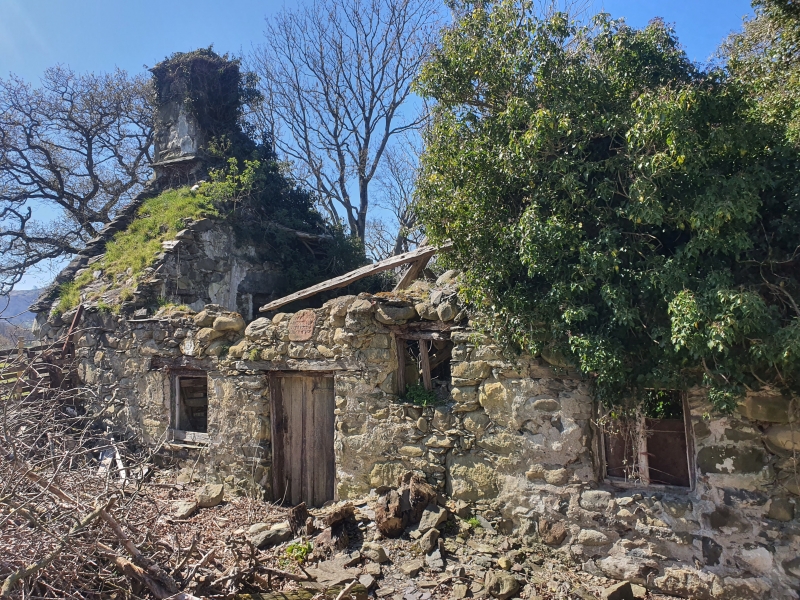 Location: Located to the S of Roewen Road at the W extremity of the village; accessed via a farm track which passes the building on the R and continues to terminate at Bryn Derw farm.

The interior was not inspected at the time of survey (November 1995), though an original 4-bay collar truss roof and dividing boarded partitions are recorded.

Listed despite its condition as a largely unaltered and dated example of a vernacular early C18 farmhouse.