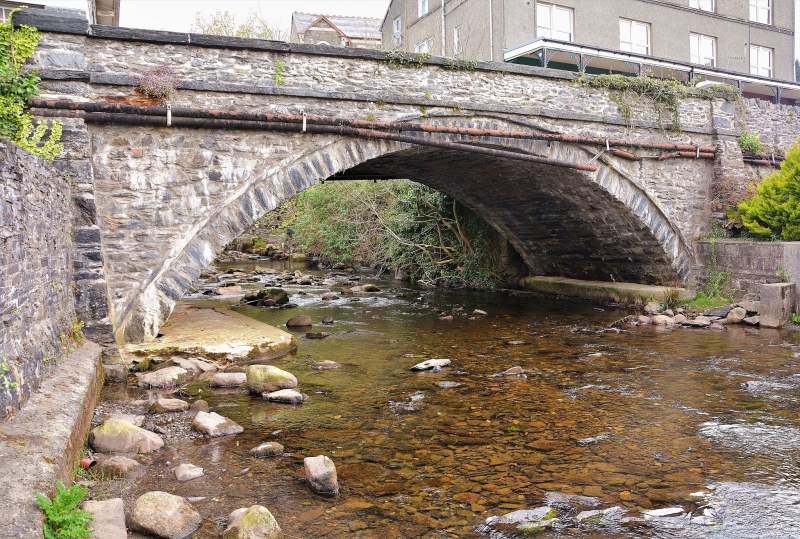 A late C18 or early C19 road bridge in a prominent location within the town.