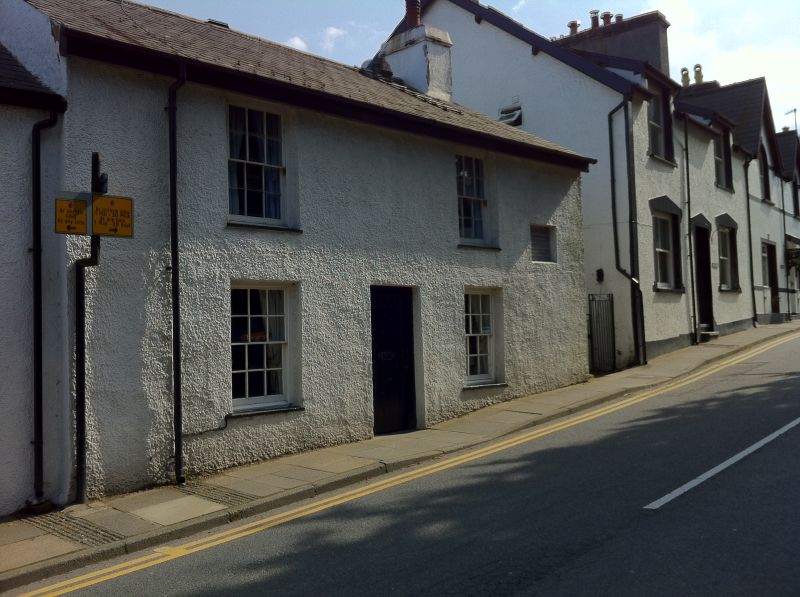 Location: On the street line, opposite the church of St. Mary.

Late C17 cottage, substantially rebuilt in the early C19. The birthplace and home of Dafydd Jones (1708-85), bard, printer and collector of early Welsh manuscripts, who set up his printing press here before transferring it to Pwll-Isaf. He was also one of the founder members of the Honourable Society of Cymrodorion.

The interior was not inspected at the time of survey (January 1996), though is said to retain a beamed ceiling and inglenook fireplace to the principal ground floor room, as well as a post-and-panel partition.

Included for its well preserved early C19 facade and for its historic and literary associations.