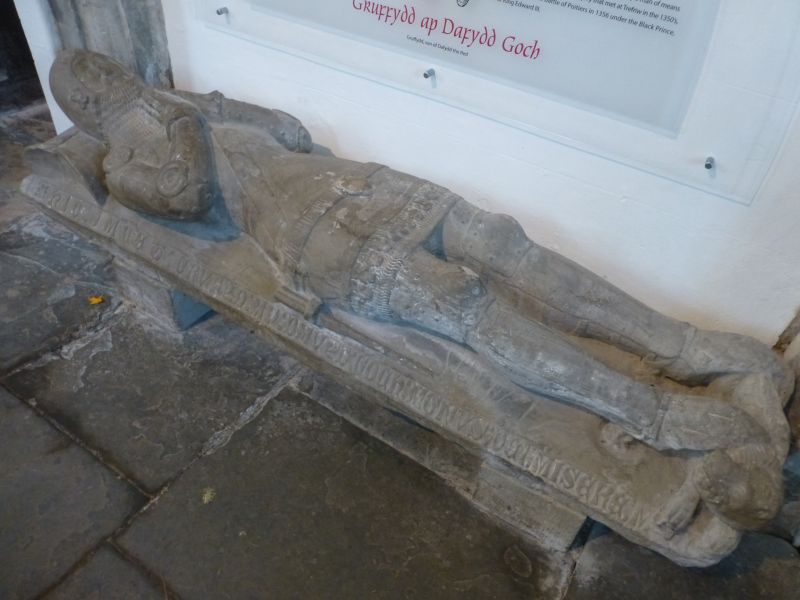 Location: Located on the W bank of the Afon Conwy, 100m E of Betws-y-Coed railway station.

Small late Medieval church on probable ancient site. The present nave and chancel are probably early C14 and formed a single-cell church without internal structural division and of customary simple, rectangular plan. The church was extended and restored in 1843 under the patronage of Lord Willoughby De Eresby of Gwydir Castle. This intervention saw the addition of a large transept to the N and a small vestry to the SE, together with the renewal of all windows in an eccentric Gothic style. In 1873 a new church (St Mary's) was built on the main road, from which date St Michael's has remained subsidiary.

Small church of rough T plan constructed of rubble and with a boulder plinth to the S side; old slatestone roof with oversailing eaves and exposed rafter ends. Coped and kneelered gables with gable cross to N transept projection. The W gable has a C19 rubble bellcote with pointed-arched bell opening and triangular coped head. The S side has its original simple pointed-arched entrance to L, with recessed C19 boarded and studded doors. To the R is a 2-light wooden mullioned, leaded window with cusped heads to the lights and chamfered wooden jambs; similar, single-light window beyond. Small, low gabled vestry addition to the far R, projecting flush with the E end. This has small flush buttresses to the gable face and a simple cusped single-light wooden window. Small 3-light E window with wooden cusped heads and chamfered jambs to the outer lights and a triangular-headed central light; returned label with raised triangular central section. The W and N gable windows are similar, though of two lights; these are multi-cusped and have an inverted quatrefoil light to the top centre. Similar window to the W return of the transept and a single-light window to the corresponding E return; ribbed, boarded door to R of N gable, with stopped-chamfered doorcase.

Scribed, rendered walls and slate-flagged floors. Barrel-vaulted lath and plaster ceilings, intersecting in a plain groin vault at the centre; plain stopped-chamfered tie beams to the W and E ends, two to each. Simple softwood fitted pews of c.1843, with panelled backs and decorative ogee bench ends. These occupy the centre of the transept, the majority of the S wall and the western section of the N wall. Contemporary pine altar rails with cusped, conjoined lozenge decoration. Composite mid C19 pulpit and reading desk made up out of C16-C17 panelling and carved elements. The panelled pulpit has early C16 linenfold panels and C17 plain panels, together with applied carved rosettes; the reading desk has similar plain panelling and arcaded and foliate elements, and includes an inscribed date 1697, together with the initials IOW. Both have sections of Salomonic column, of late C17 date, attached to the corners. c1200 Transitional square font basin with chamfered sides and pointed and round-arched arcading; segmental relief carving with chevron and foliate decoration to main faces, perhaps recarved. Plain base and later pillar. On the N side of the chancel is a large pointed-arched tomb recess of first-half C14 type, with continuous hollow chamfer. Within is a fine over-life-sized stone effigy of Gryffydd ap Dafydd Goch, a knight of the area who campaigned under the Black Prince during the Hundred Year's War. The effigy is of c1370-80 and was clearly intended for a chest tomb. It has been cut into its present position in the recess and is raised on plain, later stone blocks; whether it always occupied the (stylistically slightly earlier) recess is questionable, though it is difficult to suggest an alternative context. The tracery lights of the E and W windows contain fragments of stained and painted glass, many of which are Medieval.

Listed Grade II* as a Medieval church with an important C14 martial effigy.