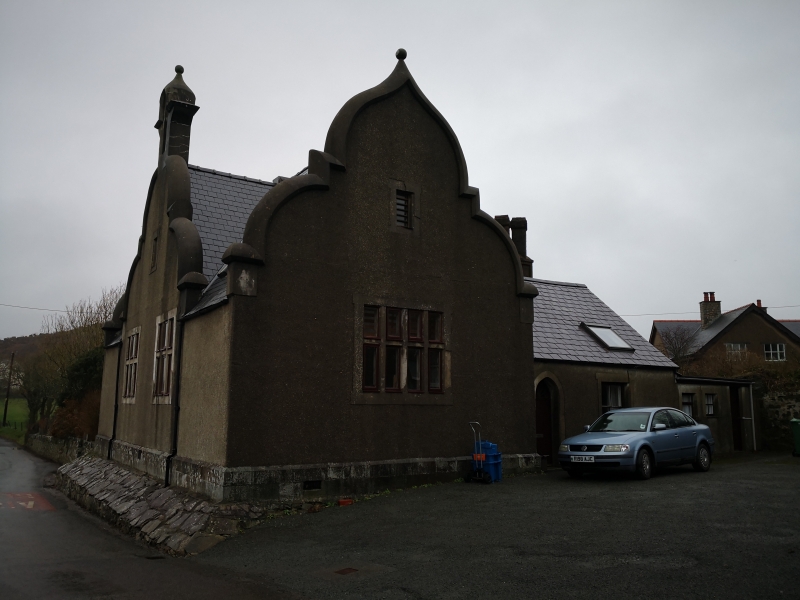 Location: Situated in Llanengan village just NE of the church, on E side of the road to Llangian.

Former National School built in 1847-8 for the parish of Llanengan. The Jacobean style of the gables suggests an architect's design, and it is possible that the school is by Henry Kennedy who was restoring the church at the time. Converted to a house c1980 and clad in pebbledash, previously exposed stone.

To rear is former teacher's house, single storey with 2 parallel slate roofs and stack between. Stack is of rendered brick with panelled sides and 2 diagonally-set shafts. Rooflight to front pitch over main window. S and N sides have pointed doorway and 4-pane sash. Ledged doors and radiating bar fan to S doorway.

Listed as an architecturally elaborate school building for the period, unusually in the Jacobean style.