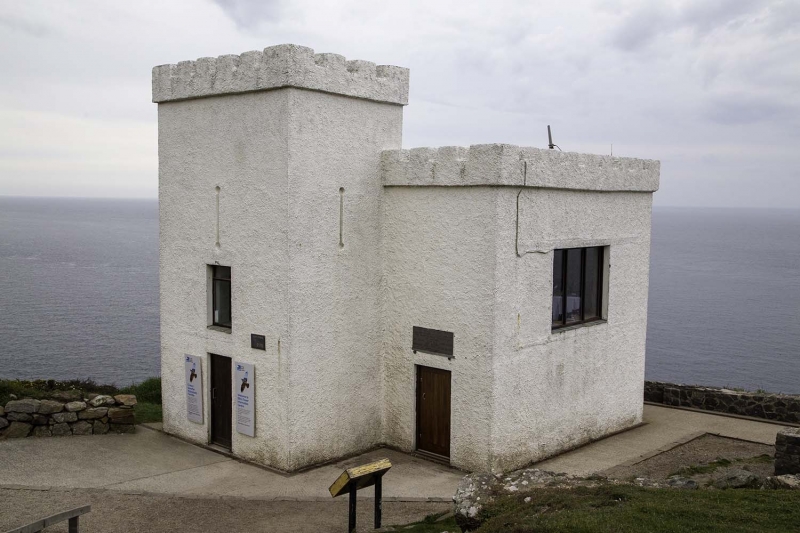 Erected in 1868 for Ellin, wife of The Honorable W Owen Stanley M.P., of Penrhos. Dated on a slate plaque fixed on the wall, above the right entrance doorway. Now used as an information centre and observation tower for the RSPB.

A picturesque castellated folly, 2-storey and square in plan with an advanced, raised tower at the SE corner. Built of rubble masonry, roughcast rendered with a flat roof and projecting crenellated parapet. The tower has a square-headed entrance in the lower stage with single square-headed light above and 'arrow slits' in each face above. Another square-headed doorway to the right has a slate plaque above which reads: TWR ELLIN, ERECTED IN 1868, BY ELLIN, WIFE OF THE HONBLE W. OWEN STANLEY, M.P. OF PENRHOS, MAY ALL WHO VISIT THIS PLACE BLESS HER MEMORY. BENDITHIED PAWB A YMWELANT A'R LLE HWN EI CHOFFADWRIATH. There are large 3-pane windows in the right return and rear walls with a smaller single pane light in the left return.

Included as a late C19 folly retaining much of its character, and of particular local interest for its connection with the Stanley family of Penrhos.