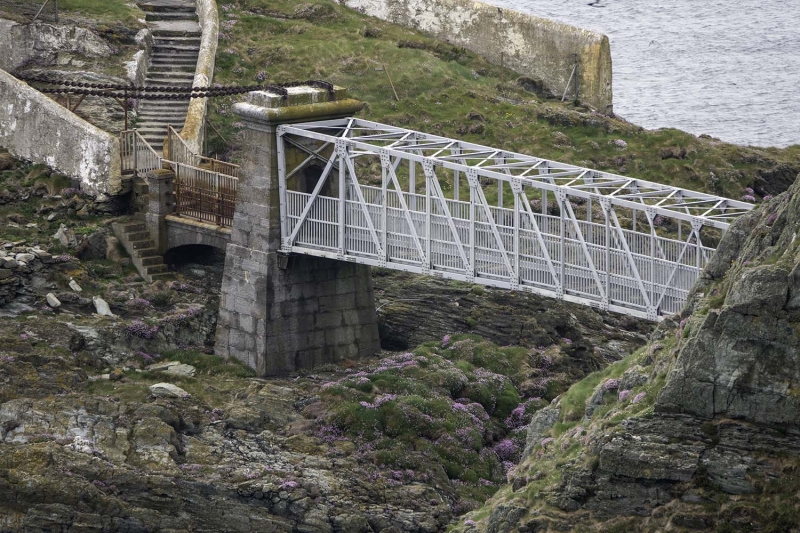 Location: Either side of the bridge which links the island with the mainland.

The lighthouse on South Stack Island was constructed in 1809, and during construction, a cable-way provided the link with the mainland. A rope bridge was also erected, but in 1828 both were superceded by a suspension bridge. This was again replaced in 1964, but the towers at either end of the suspension bridge remain, and are dated 1828.

A pair of free-standing towers, one at each end of the bridge. Ashlar, battered, and stepped in profile at the level of the bridge deck. heavy moulded cornice. Each is pierced by a round-headed archway which provides access to the bridge deck, and they are linked to the land by a shallow segmental archway with square piers terminating the parapet which has cast iron railings. The chains of the original suspension bridge remain in situ linking the towers to the rock at either side.

Although the original bridge does not survive, the two towers remain as significant components of it, with considerable architctural qualities in their own right.