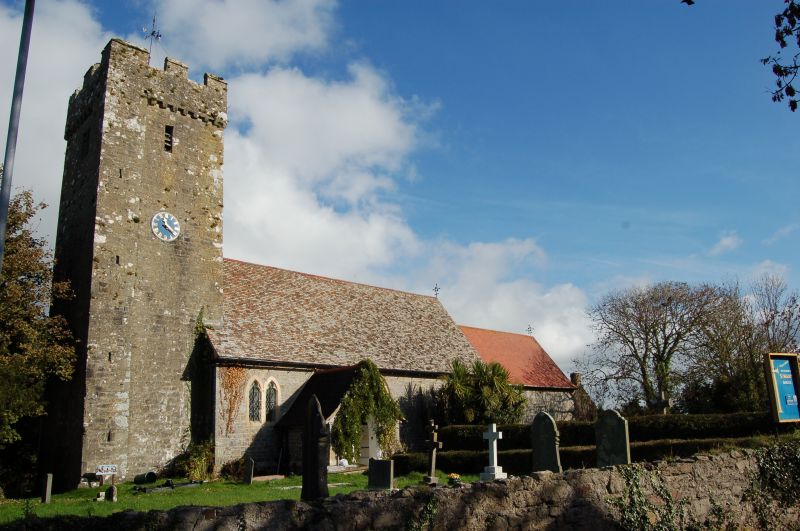 Mediaeval W tower. Most of the original church was demolished in the early C19. The present nave, chancel, transept, vestry and porch are by R K Penson, 1853. Part of N wall of nave is mediaeval.

The tower has a pointed vault at 1st floor level which opens into the nave. Domed and tiled tower roof with corbelled and crenellated parapet. Stairs turret at SW corner with a slight projection at each face. The entrance to the stairs from within the tower is about 1.4 m below the present floor level. The W window in the tower at ground storey is of late mediaeval type with an irregular hood mould and cinquefoil light heads, much restored. There is a blocked W door opening beneath. Belfry openings with stone louvres.
The church was rebuilt in Early English and Decorated styles. The external masonry is generally in uncoursed ashlar, but the N elevation is in a rougher technique to blend with the retained mediaeval masonry in part of N nave wall. Red tile roof, some recently relaid.

Mirehouse family memorials are in the nave. Some older memorials of other families were found in fragments, repaired and installed in the N transept after the rebuilding. Font of Norman cushion type, scraped.