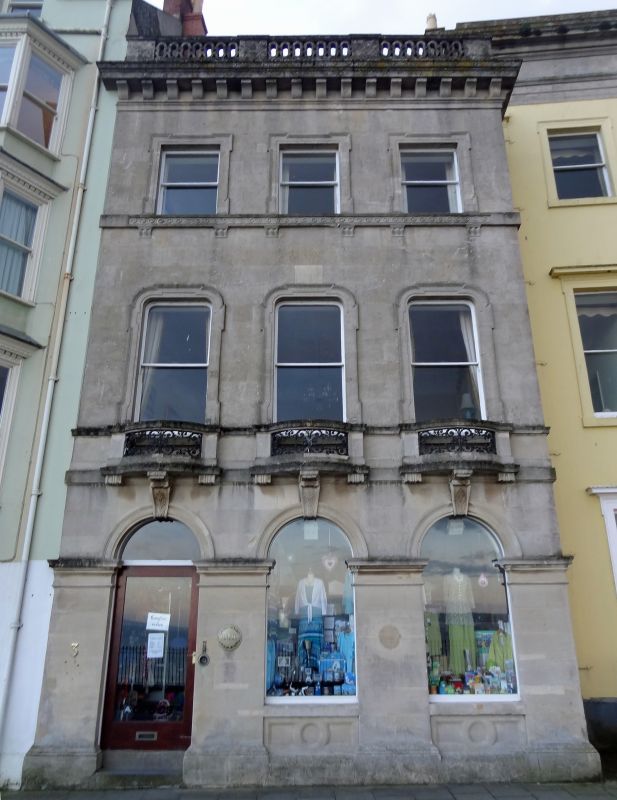 Location: Facing the sea next to the Royal Lion Hotel just S of the junction of the High Street and White Lion Street.

Town house of Bath stone said to have been to a design that won a prize at the Great Exhibition of 1851, but the prize has not been identified in the histories of the exhibition. A drawing dated Nov 1867 and signed JHH, Bristol, is inscribed 'At Tenby - Built 1851 for J.L. Puxley Esq', which confirms the date and the client, John Lavallin Puxley of Dunboy Castle, Ireland, and Llethr Llesty, Carms. who died in 1856. The style of the house suggests a Bristol architect, being reminiscent of houses in Victoria Square, Clifton of c1845-55, and JHH may be the Bristol architect J H Hirst. The interiors are particularly finely detailed. In 1881 it was occupied by the Rev H H Herbert.

Included at Grade II* for the very high quality of exterior stonework and interior detail.