Medieval structure in the churchyard 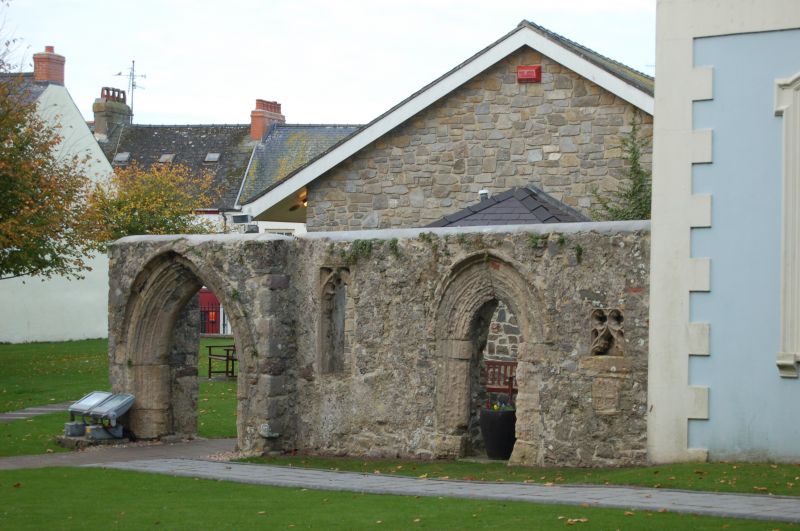 Location: Situated some 20m W of the Church of Saint Mary in Liberty.

Ruins of a late medieval structure called the College, and described in the early C19 as the ruins of St Mary's College. The purpose is not in fact known but it may have been a choir school or used by chantry priests. The oddly flattened mouldings of the door are the same as those on the church W door which was dated 1496 and the S transept, also late C15. A drawing by Norris shows much more extensive remains in the early C19.

East wall of demolished medieval building, some 10m long, 2.5 to 3m high. Rubble stone, with wide pointed arched doorway to left with hoodmould, like the W door of the church, but on a less bold scale. Bath stone. Series of some six or seven thin mouldings, hollow, hollow with rosettes, bead and ogee. Inscription in outer arch under hood. Wall is set back to right of door, then single flat-headed window with cusped pointed light. Smaller door to right with hoodmoulds and similar late C15 mouldings, more eroded and on a lesser splay. To right, a C15 fragment, cusped ogee head with 2 quatrefoils in spandrels. Reset stone below with eroded cross between rosettes. Traces of limewash on rear.