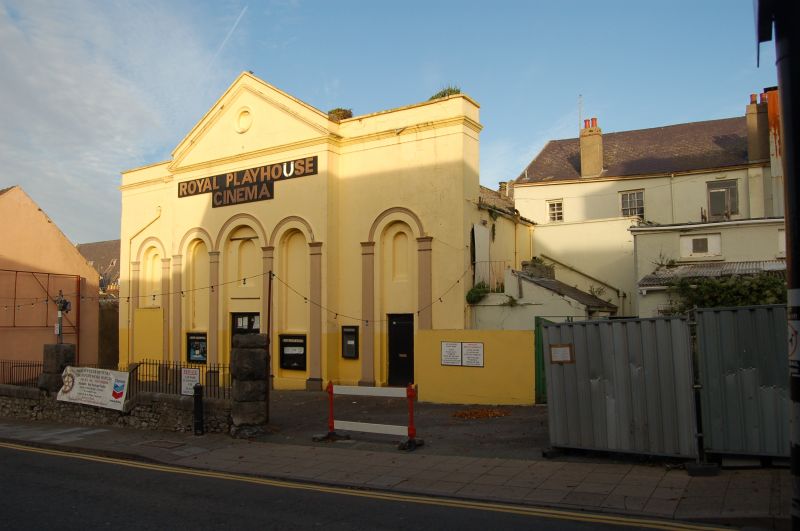 Location: On the N side of White Lion Street next to the Royal Gatehouse Hotel.

Cinema, former assembly rooms. Originally built c1857 as assembly rooms, with an entrance described as 'like a pepper-pot, between a Turkish minaret and a Chinese pagoda'. Remodelled in 1865 by H Maule-ffinch with a new front portico of 8 Tuscan columns, in time for the lunch for Prince Arthur, Duke of Connaught, on the day of the unveiling of the statue of his father, Prince Albert, August 1865. Burnt down 1880 and reconstructed with present simpler facade. Interior subsequently altered in earlier C20 to a cinema, the gallery extended in 1914. The present gallery looks of the 1920s, but little else survives of that interior.

Mostly altered, a gently pitched curved fronted balcony survives with Art Deco type motifs on the front. The proscenium arch with cornice and fluted pilasters mentioned in 1977 has gone.

Included for street facade and as the remains of a C19 assembly room.