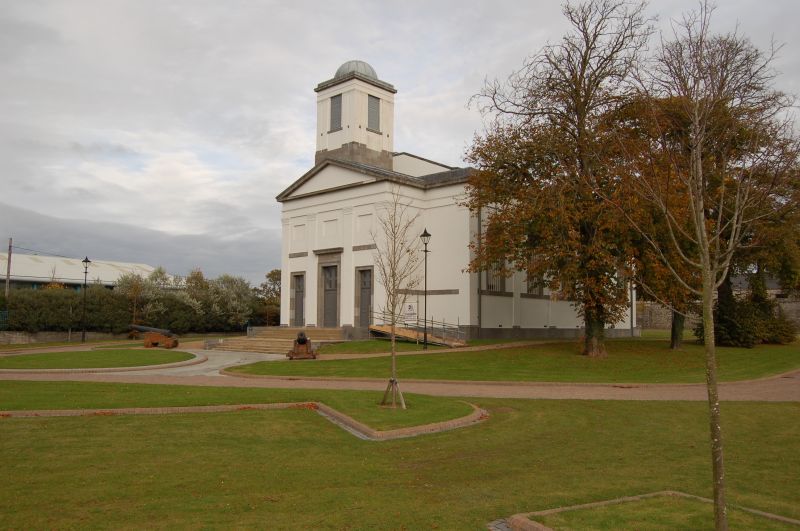 Location: Situated in SE corner of Dockyard at E end of formal avenue in front of Nosá1-5 The Terrace.

Listed II* as centrepiece of formal layout of The Terrace with which the Chapel groups. In 1844 W Edye, Master Shipwright, laid out gardens of avenue leading up to W front. Thought to be the only Georgian classical church to survive in South Wales.