A Grade I Listed Building in Laugharne, Carmarthenshire 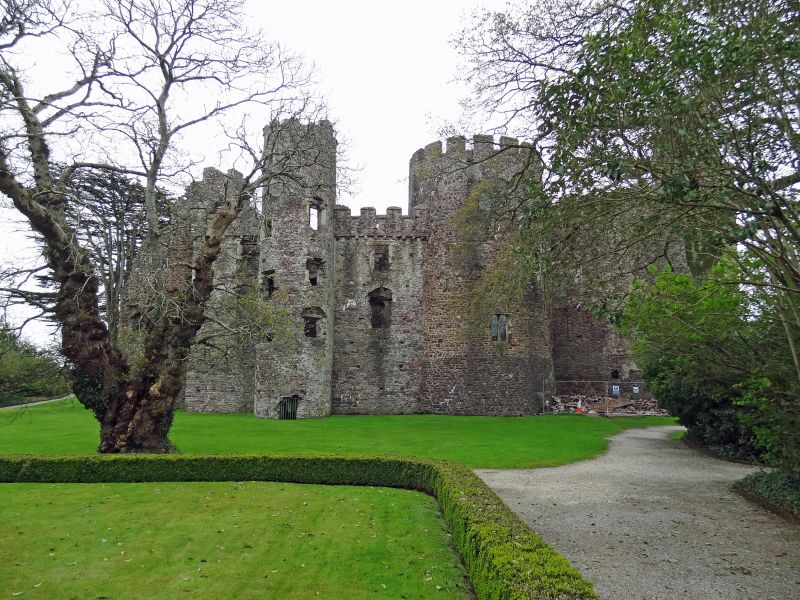 Location: On an elevated coastal site near the town Hall, reached by path in front of Castle House.

Late C18 Castle replaced probably C12 earthwork destroyed in 1215 by Llewelyn the Great; some late C15 reconstruction; referestration and reconstruction by Sir John Perrot 1587 to 1592. Partly destroyed in the Parliamentarian siege of 1644 under General Rowland Laugharne; subsequently pillaged for the building of town houses.

It is amongst the most substantial castle remain in Wales.