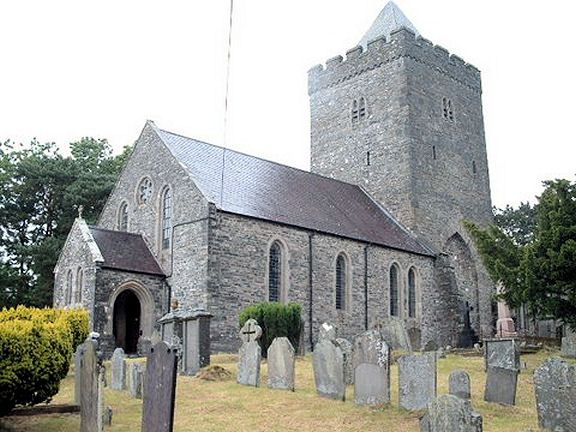 C14 and C19 parish church on important Celtic Christian site. At the Synod of Brefi, c 550, St David refuted the teaching of St Cadoc, (reputedly guilty of reviving the Pelagian heresies concerning original sin and free will), his victory aided by the miraculous uprising of the mound on which the church is built. A Celtic monastery was replaced in 1287 by a college of secular canons. Of the medieval church the C14 crossing tower survives and part of the chancel. The N transept collapsed in late C18, the S transept and nave were demolished in 1832. The nave was rebuilt in 1833-4 for £310 by C. James of Llanddewi Brefi. R.J. Withers proposed a complete restoration in 1873, the tower was restored and nave remodelled 1873-4, the chancel in 1886, but the transepts were never begun. Some restoration in 1913 by W.D. Caroe, and some fittings of 1953-5 by A.D.R. Caroe.

Listed II* for one of the finest medieval church towers in Cardiganshire.