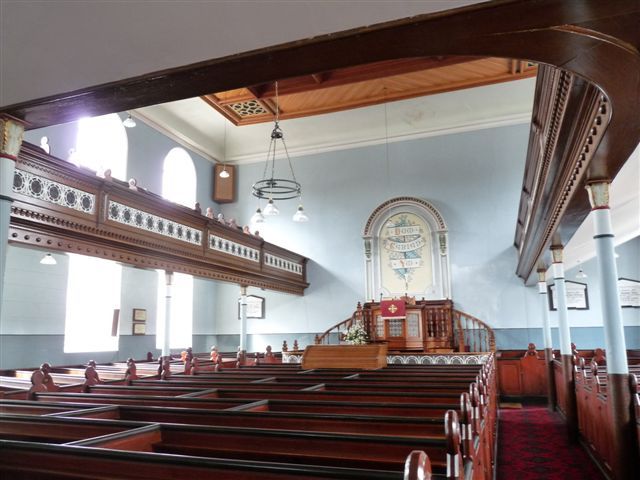 Location: Situated in Llanddewi Brefi village just S of Pont Llanddewi on the road towards Tregaron.

Listed as an unusually large, elaborate and well-preserved chapel for a rural settlement.