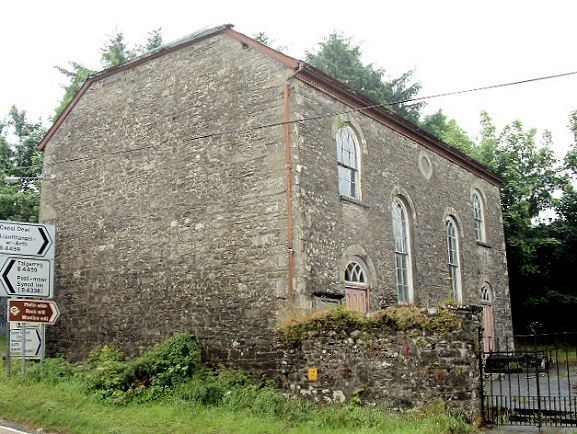 Originally founded 1726. Dated 1834. Unitarianism in Wales began here in the C18 under Jenkin Jones, David Lloyd and David Davis. Charles Lloyd returned from London in late C18 to preach in the area to such effect that the majority of non-conformists in the Lampeter, Llandysul, Aeron valley were Unitarians. The chapel under the Rev William Thomas (Gwilym Marles) was the focus of the struggle over the eviction of Liberal-voting tenants of the Alltyrodyn estate after the 1868 general election. In 1876 the Minister and congregation were themselves evicted and a national movement of support led to the construction of the new chapel in 1878-9.

Listed at grade II* because of historical importance in Unitarian history and because it is an unrestored chapel of late Georgian character.