Remains of Priory of Saint Mary and Saint Thomas the Martyr

A Grade I Listed Building in Haverfordwest, Pembrokeshire 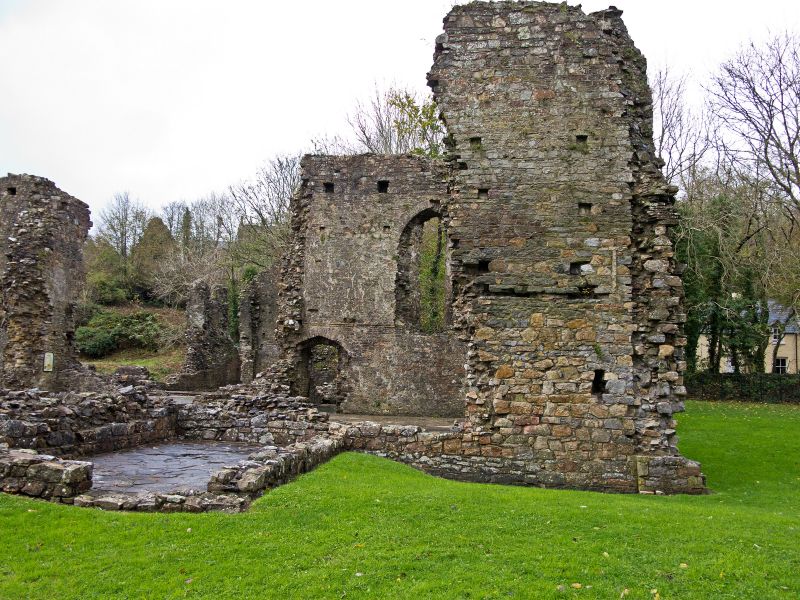 Entry Name: Remains of Priory of Saint Mary and Saint Thomas the Martyr

Location: Situated on the riverside at the end of Quay Street.

Ruins of Augustinian priory probably founded c1200-10 by Robert Fitz Richard, grandson of Tancred, the founder of Haverfordwest castle. Later deeds give Robert Fitz Tancred as founder but Robert Fitz Richard is probably meant. He is mentioned in 1204, confirmed in his rights by King John in 1207, ejected in 1210, and died in 1211. The Augustinians also had a priory at Carmarthen. The priory had a prior and two canons at the dissolution in 1536. The site was robbed for building stone and used as a smithy and tannery at various times. It was bought by the Gild of Freemen of Haverfordwest in 1981 and given to the state for conservation. Consolidated c. 2000, with restored medieval gardens.

Ruins of priory church comprising aisleless nave, transepts without chapels, and chancel, with cloister to S of nave and chapter house to S of S transept. The principal standing portions are parts of the two transepts and part of the nave SW corner. The narrow sacristy and footings of the chapter house survive to S.

Included as the remains of a substantial medieval priory. Scheduled Ancient Monument PE017(PEM).