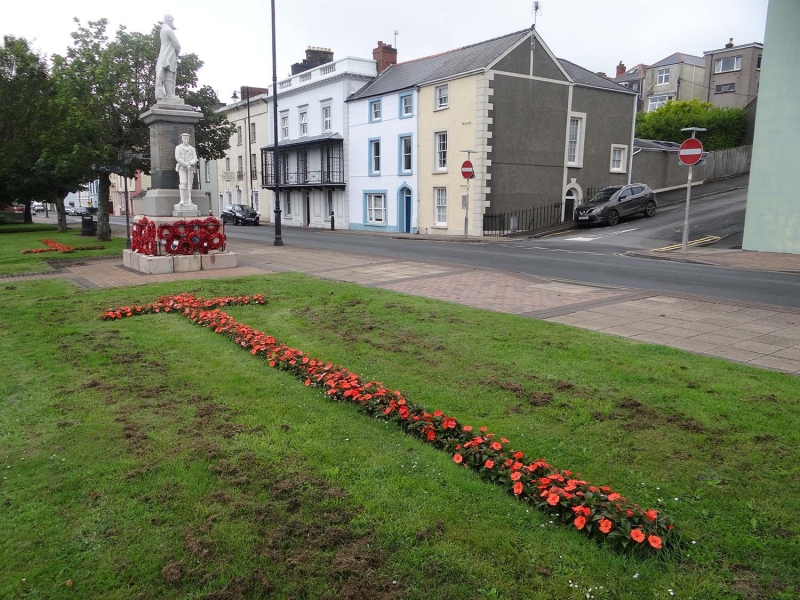 Statues are life-size and were carved in Italy. Contractor was E Jones of Llanybydder and work was 'supervised by the surveyor J P Morgan.'

l923-4 War Memorial in pink granite with three white marble statues. Unpolished three-step plinth under main pedestal, which is flanked by statue of solider to W and sailor to E. Pedestal has unpolished plinth and cornice and polished shaft with carved names and inscriptions. Topmost statue of airman.

Group value with other listed items along Hamilton Terrace.