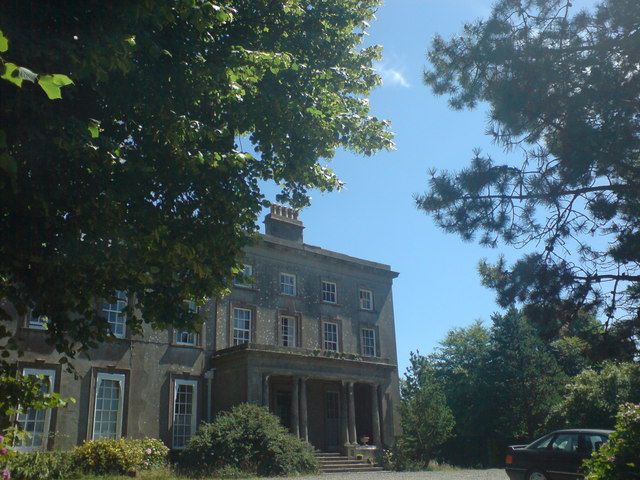 House was probably built in l800. General Richard Le Hunte of Artramont, Co Wexford, bought the estate from the Elliott family in l803. In l826 it was sold to A J Stokes, whose family sold it cl950. Old phototraphs show W front with smaller porch and no wing to left cl870 (information T Lloyd Esq). Said to be l00 yards west of site of older mansion, and partly on the site of an old monastic cell, with walls of the monastery incorporated in the outbuildings.