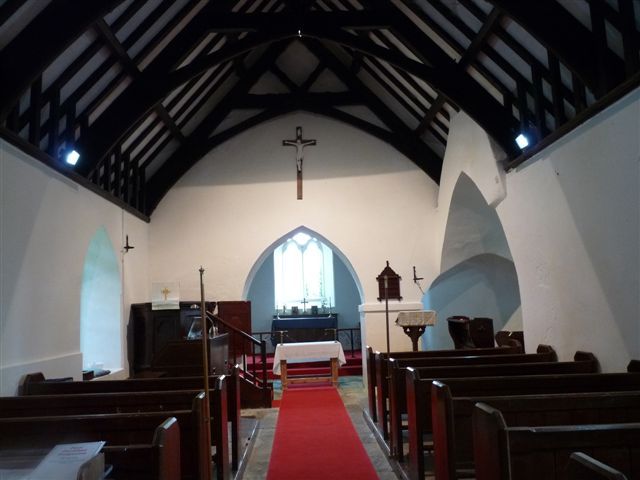 Location: Situated in centre of village.

Parish church of medieval origins, much restored 1865 by R.K.Penson.

Rubble stone with slate roofs, nave, chancel, N porch and S transept. W wall is largely medieval with massive buttress under bellcote, stepped out twice in plan, rising straight to remains of slate string-course and then battered back to base of bell-gable which is of 1865, replacing a double bellcote. C19 coping to gables, C19 N porch and stone Y-tracery to windows. One 2-light window to each side of nave. Buttress to nave NE angle. S transept is medieval, C19 S window. Squint in angle to chancel which has C19 E window of 2 lights with quatrefoil head. C19 door in N porch.