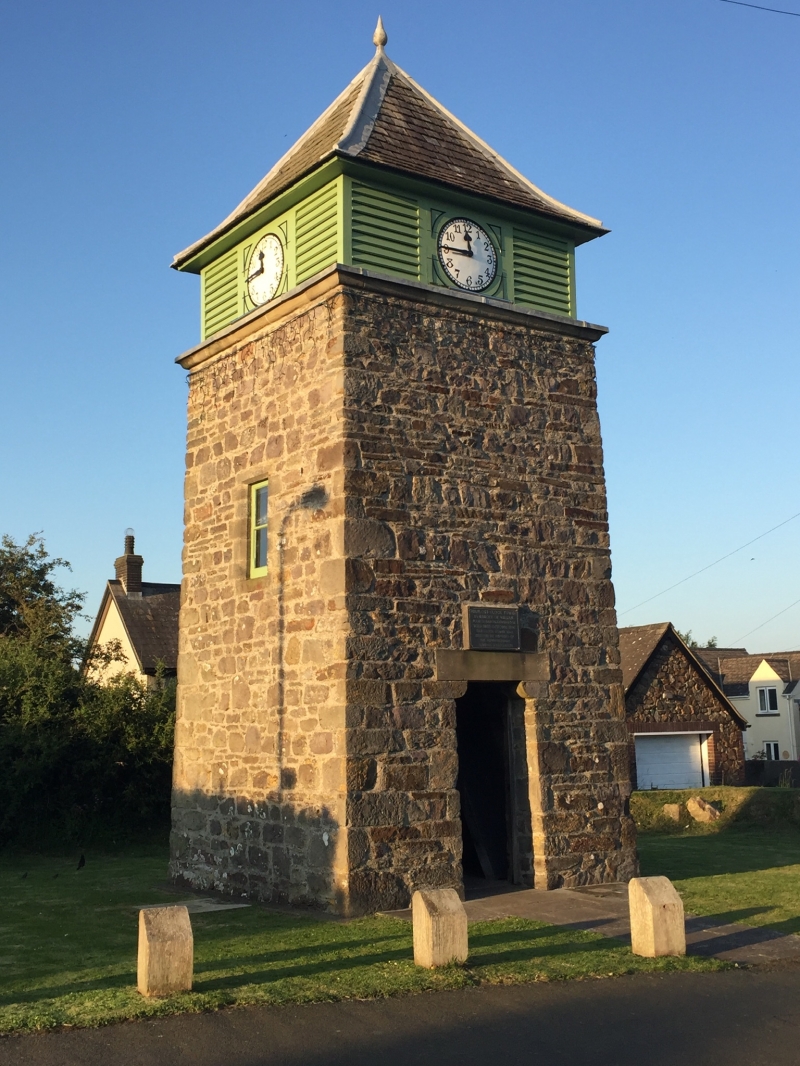 Location: Situated in the centre of the village of Marloes, to the N of the main street and some 250m NW of the Church of Saint Peter.

Memorial clock-tower built in 1904 to the memory of the 4th Baron Kensington by the Pembrokeshire Liberal Association. Said to have been erected under the supervision of Lord Kensington's agent John Fergusson. An attractive design influenced by the Arts and Crafts movement. The clock was made by J.W. Benson of London.

An unusual Arts-and-Crafts-influenced design, the focal point of Marloes village.