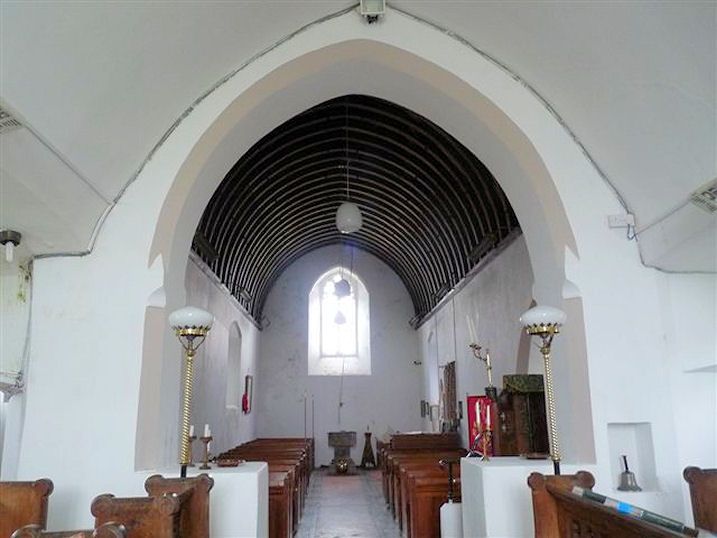 Location: Situated at the SE end of the village of Marloes, above and to the S of the main street.

Anglican parish church, medieval origins, first recorded in 1291. Restored in 1875-7 to designs by Charles Buckeridge of Oxford (1832-73) carried out by J.L. Pearson. The restoration cost £1,300 and included rebuilding everything except the medieval vaulted chancel with the squint to the SW and some parts of the N wall. The restoration was one of several in the area by the same architects paid for by the Rev. Gilbert Harries of Llanunwas, Solva, rector of Gelligaer, Glamorgan. These include also St Brides, Whitchurch and Solva. Harries gave the unusual total immersion font, first used in 1884. Sir Stephen Glynne visiting in 1856 mentions a nave N chapel, modern nave N windows, no S windows, and bare earth nave floor. There was no arch to the S transept and stone seats along the walls in the chancel, S squint and W end. The E window was 2-light, Decorated Gothic.

Included at Grade II* mainly because of the medieval vaulted chancel and sensitively designed Victorian work.