The Pigeon House and railings at Cilwendeg Farm 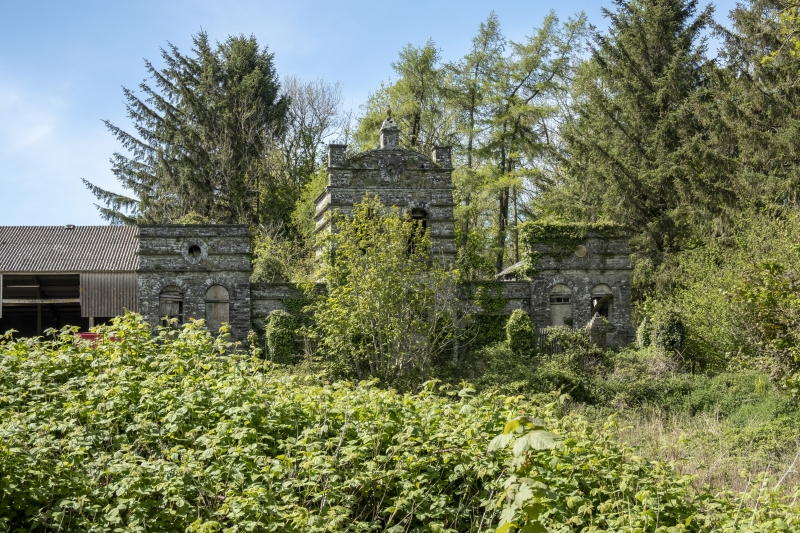 Entry Name: The Pigeon House and railings at Cilwendeg Farm

1835 pigeon and poultry house built for Morgan Jones 2 of Cilwendeg to a degree of elaboration unparallelled in Wales, said to have been built for ducks and geese on the ground floor wings, turkeys in centre, dogs between, hens first floor and pigeons on upper shelves.

Generally each room has two tiers of large square nesting boxes, slate-lined with slate front step, one row at ground level and another some 1m up, and there are no nesting boxes on the front wall. Pavilions have slate floors and similar first floor arrangement, but with also a slate shelf at c 1.5m. Left connecting wing had no boxes to ground floor but some at first floor and door into left pavilion. Floor removed. Right connecting wing inaccessible. Centre had larger nesting boxes in ground floor, in two tiers, two tiers of boxes and slate shelf at first floor and five slate shelves at second floor, all floors removed.