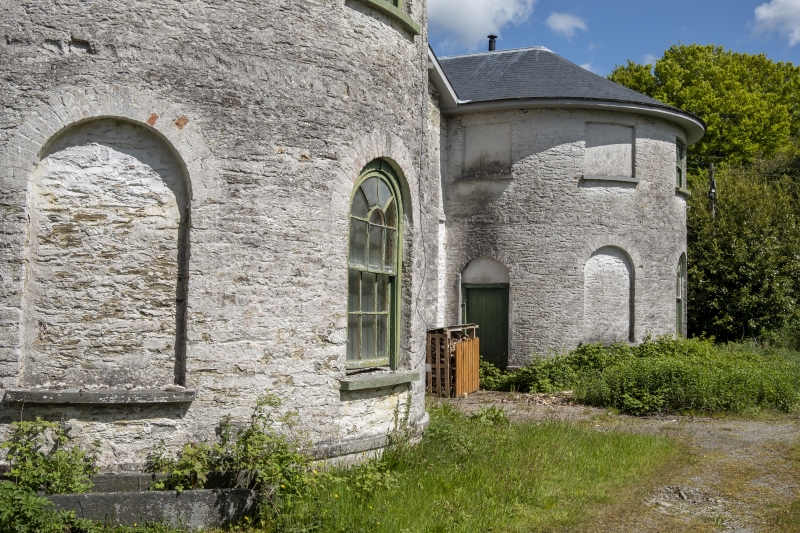 Location: Situated to NE of farmhouse and N of mansion.

Listed at grade II* as a stable range of unusual architectural quality.