A Grade I Listed Building in Penllyn, Vale of Glamorgan 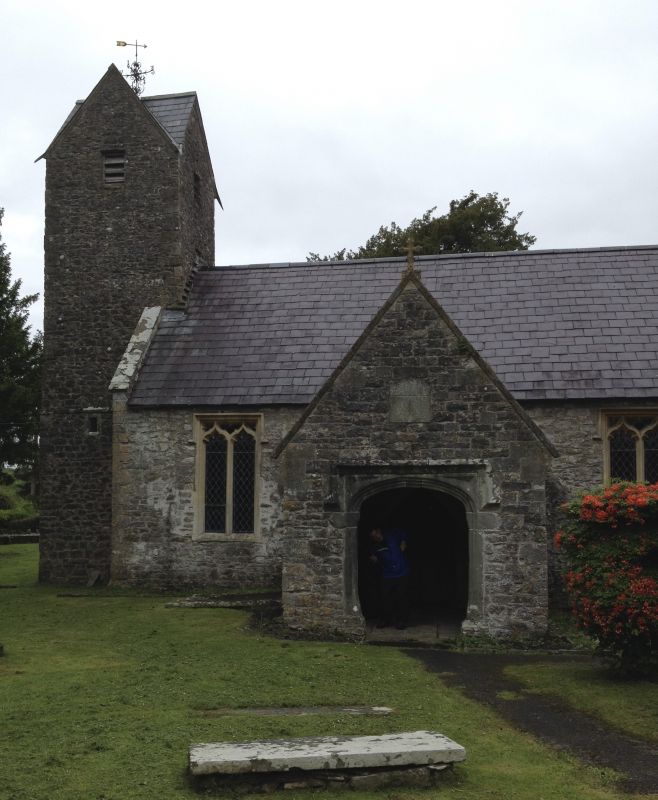 Location: In the centre of Llansannor village about 4 km north of Cowbridge.

Probably late C13 origin with the nave and chancel of different dates; the east window and the opposed north and south doors are the main clues. The south porch is an addition of probably the early C16. The small tower could be wholly C17, certainly the top would appear to be. The porch and tower could well coincide in date with the major building programmes at the adjoining Llansannor Court (qv). Victorian restoration of unknown date and hand, with furnishings of 1910 and 1926. The church has been little altered since.

Built of local limestone rubble, but in several different manners, random on the nave, roughly coursed on the tower and chancel and coursed and squared on the porch. Some dressed quoins, particularly on the chancel where they appear Victorian, some Bath stone windows, Welsh slate roofs. Nave, chancel, south porch, narrow west tower with gable to each face, lean-to boiler house in north angle between tower and nave.
The nave has a tall gabled porch centrally on the south wall. This has a 4-centred Tudor arch with dripmould over, a coped gable with apex cross and blind returns. The porch is flanked on the left by a 2-light and on the right by a 3-light square headed Perpendicular window. The north wall has a 3-light one and the projection for the rood-stair. All these windows appear Victorian. Coped east and west gables.
The chancel has a 2-light C17 window on the south side, then a priest's door, then a rectangular single light window, double tre-foiled lancet east window, single light window on north wall. Coped east gable with cross, the roofline is the same as the nave.
Narrow 3-stage tower added over the west end. Pointed arch door to ground, two small windows to ringing chamber and louvred openings to each face for the bell-chamber. Cross-gabled roof with weathervane.

Included and highly graded as a medieval church retaining a number of special features, particularly the nave roof.