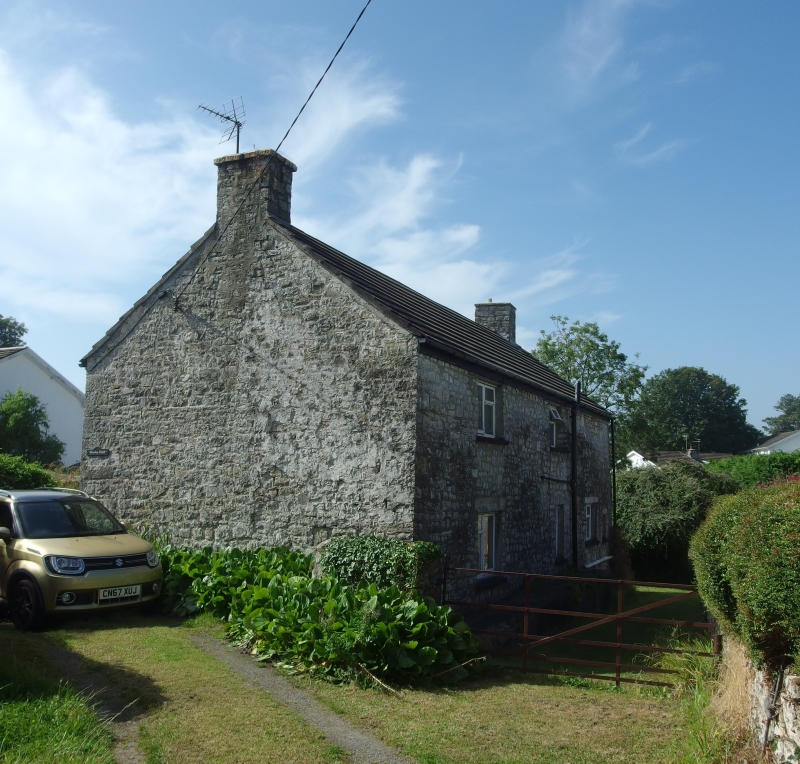 Location: About 300m north of the Church of St. Illtud.

Late C16 to C17 origin; remodelled externally probably in the C19 when the south wall and the roof were rebuilt, mid C20 alterations and replacement of features.

Local limestone roughly coursed and squared rubble walls with some dressings, signs of disturbed stonework and rebuilding on both main elevations. Fairly low pitch modern concrete tile roof with stone gable stacks. Two storeys.
Southern or garden elevation with probably C19 window openings with flat heads with voussoirs, late C20 casement windows; three on first floor and one to right hand below; middle and left hand ground floor openings in form of doorways which are within a mid C20 flat-roofed sun lounge.
Rear or northern elevation with modern metal casements, four below and two above, though with hall window probably in older opening; massive rendered plinth; probably original slit window to staircase, this is at the right hand end.

Interior not available at resurvey, but the house does not appear to have been altered since listing. The existing list description says: 'Inside, east ground floor room with massive stopped and chamfered beams and joists; blocked fireplace (intact behind); arched stone staircase doorway to north of fireplace with similar stops and chamfer; stone staircase. Stone stair also at SW end of house.' These features are confirmed by RCAHMW which further points out that the C19 rebuilding affected the original plan, but only a direct entry is feasible.