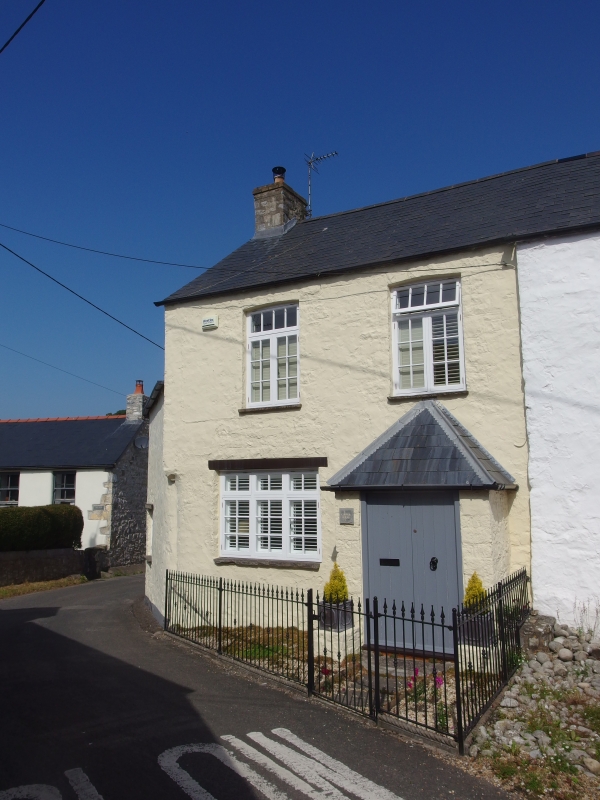 Interior not inspected at resurvey, but it is said to have stopped and chamfered beams to ground floor with joists hidden by plaster ceiling; stone stair in outshut; blocked earlier stair doorway. These details of the single room plan are confirmed by RCAHMW.

Included as a C17 house which, despite modern changes, retains both character and features of special interest. It also has group value with Pear Tree Cottage.