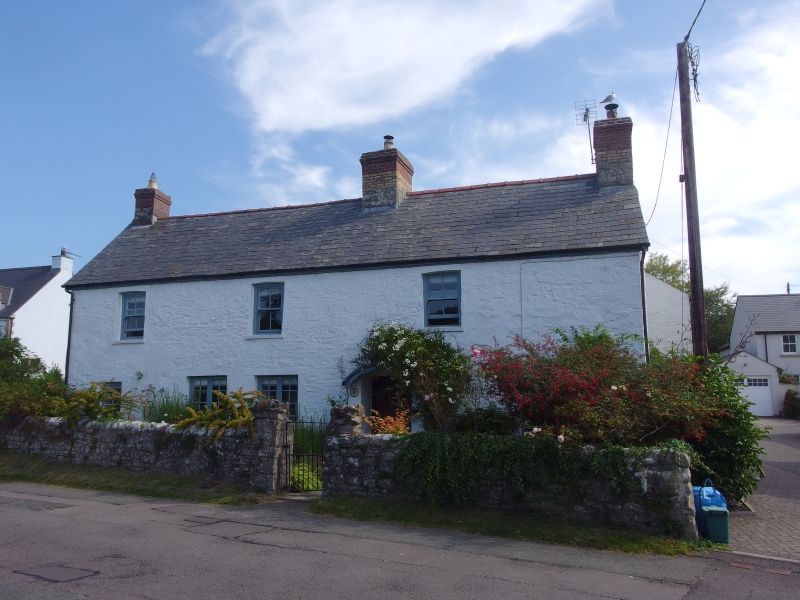 Late C16 to C17 of two periods of construction, the north-west wing the earlier. Probably early to mid C19 addition of south-east rear wing. This wing is shown on the 1840 Tithe map. 'Both houses (i.e. Old Plas Cottage), which externally appear to be of a classic three-unit hearth-passage plan, are, when viewed internally, clearly alterations and enlargements of early, smaller houses. The shallow hall fireplace and E. doorway at Downs Cross are both medieval features, as is the projecting first floor chimney.' (RCAHMW)

Interior not seen at resurvey. The north-west wing is said to have a ground floor room with three chamfered beams with pyramid stops; scratch joists; fireplace against cross-passage. Lesser beam on south-east side of cross-passage. These features are confirmed by RCAHMW, and in addition there is a steeply pointed arch doorway and a principal rafter roof with arched collars.