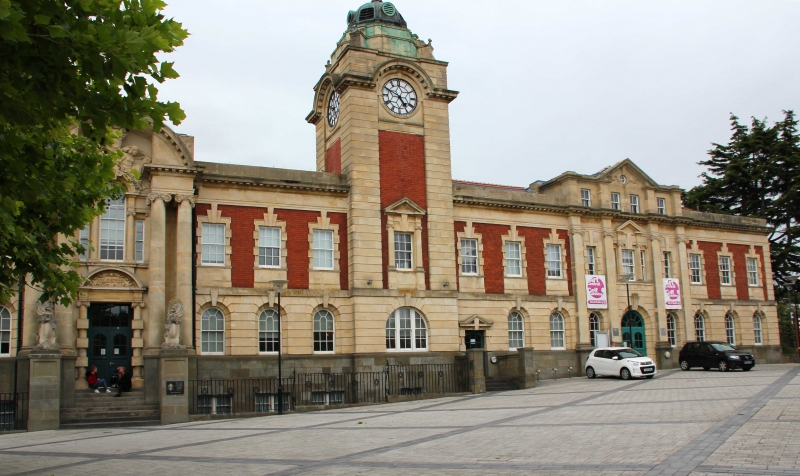 Location: At junction of Holton Road and King's Square.

Prize-winning design of 1902-1903 by Charles E Hutchinson and E Harding Payne. The library was completed in 1906 (funded by Carnegie Foundation) and contract for public offices signed November 1906. Projected NE wing to rear not built.
Ground floor openings of public offices block boarded up at time of inspection.

Centre bay of public offices comprises a frontispiece with giant paired Ionic columns and an open segmental pediment, Venetian window on first floor centre light surmounted by a cartouche in full relief with flanking female figures personifying Justice. Steps up to a doorway with rusticated Ionic columns, and segmental pediment inscribed ''Public Offices''; each side of the steps the pedestals break forward to bear a seated stone lion with cartouche between its front paws. Outer bays of offices block have to first floor, 3 windows in keyblocked architraves, to ground floor, 3 round-headed windows.