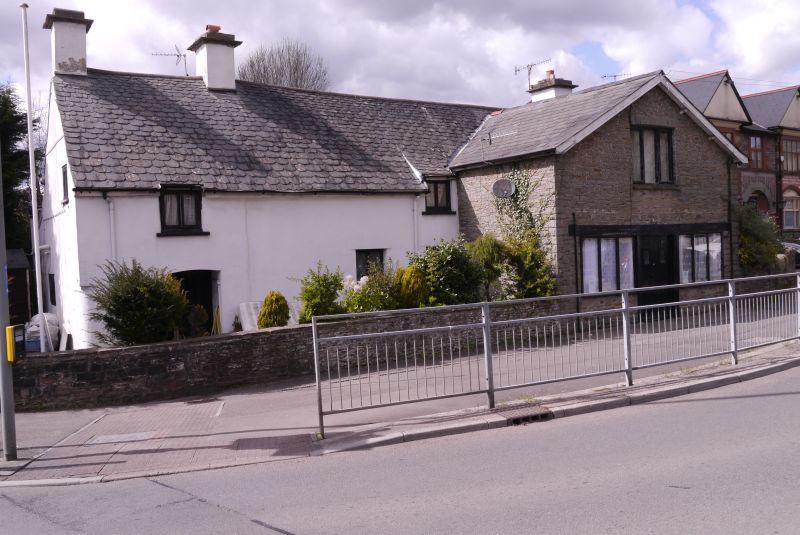 Location: Set at an angle on W side of junction with modern dual carriageway (A468).

A vernacular dwelling of several periods and with interesting regional character. Prominent location on entry to Bedwas village.