Church of St John The Baptist. 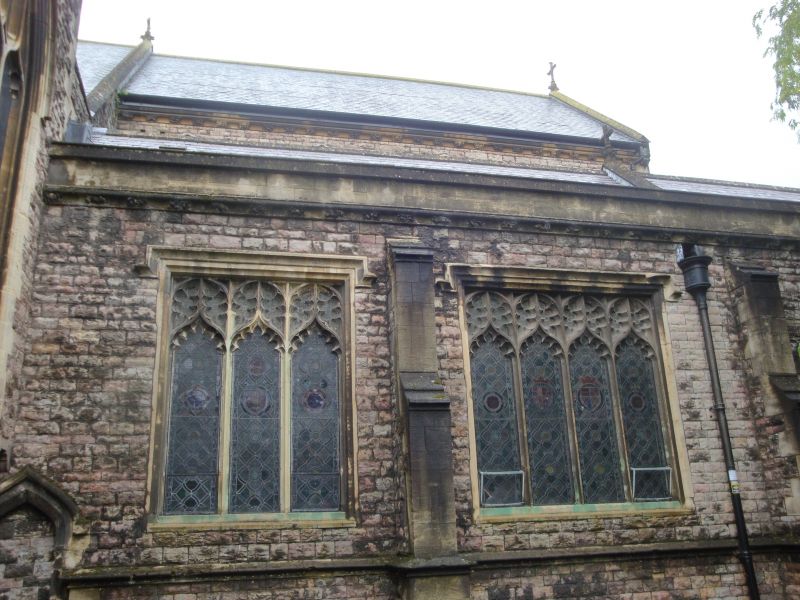 Originally a chapel of ease of St Mary's Church, the present church originates mainly from later C15 with tower of circa 1490 (perhaps by William Hort); S arcade of chancel may be late C13. Tower said to have been commissioned by Anne, wife of Richard III. The medieval plan was a nave of 5 bays with 2-bay clerestoreyed chancel with separately gabled chapels, aisles, and tower. Church restored early C19, again in 1853; between 1889 and 1891 scheme of restoration by Kempson & Fowler replaced wooden gallery by outer aisles, lengthened and heightened the chancel, added vestries, and refaced much of building in Sweldon stone. Victorian and later embellishments include sculpture by Goscombe John and Comper; stained glass by Morris, Ford Madox Brown, Burne-Jones. Uncompromising 2-storey concrete vestry inserted in S aisle by George Pace, architect, 1975.

Graded I as the historic parish church of Cardiff, the main remains outside the Castle of Medieval Cardiff, with especially fine medieval tower and important monuments and good C19/early C20 fittings and glass.