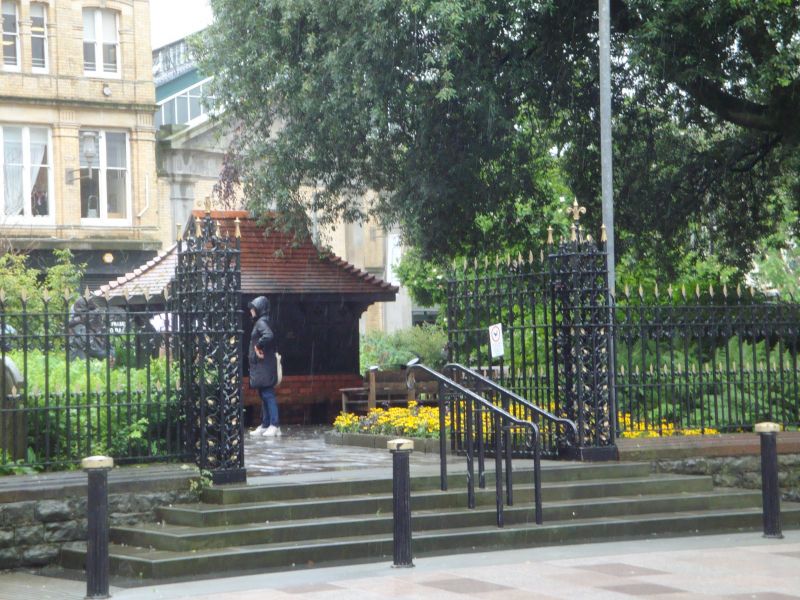 A dwarf wall of grey rock-faced stone with moulded capstones supports wrought iron railings. Railings have leaf-finials, a band of quatrefoils above a band of open trefoils, and lower intermediate railings with arrow finials. Taller posts with fleur-de-lys finials. At corners with lane aligned on market, wrought iron piers with wrought-iron leaves and quatrefoils to panels
Gothic finials to corners, fleur-de lys to centre. Gates to churchyard in matching style.

Listed as good example of railings which enclose an historically important open space and for group value with St John's Church and Churchyard Cross, Old Library, and Market.