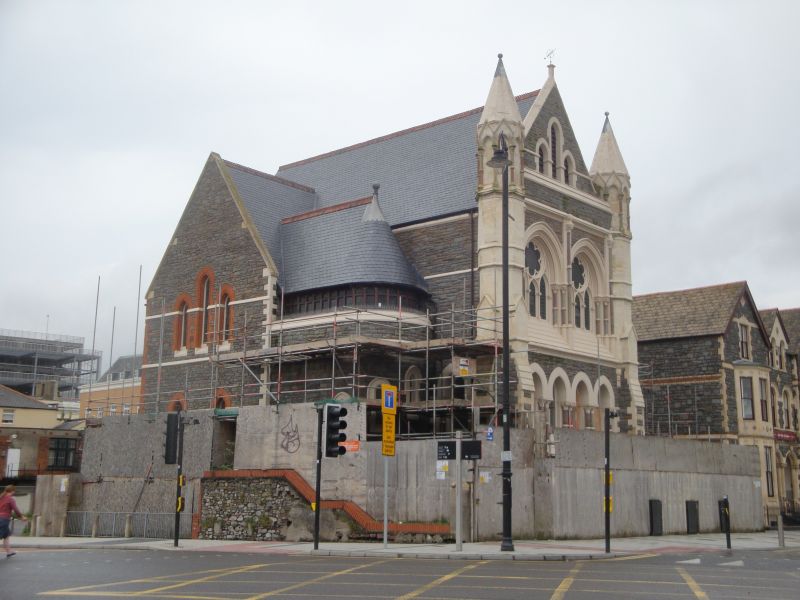 Location: Near corner with Bridge Street.

Former chapel over lower hall. Early French Gothic style. T-shaped plan with vestibules and staircases in angles between arms of "T". Dark rock-faced stone with pale ashlar dressings. Each wing of "T" gabled wing to street flanked by angle buttresses of dark faceted stone with ashlar dressings which in upper stages rise to form octagonal buttresses with pinnacles. In apex of gable, plain triple opening; below; 2 large windows of 3-lights with hexafoils over; group of 4 windows below this. Lateral lights of steps lead up to entrances to vestibules and staircase towers which have rounded ends with stepped small lancet windows to street with continuous glazed panel, transomed and mullioned above and peaked slate roof. Side windows (not meant to be easily visible) have red brick dressings.

As one of the best Welsh language chapels built in the Gothic style.