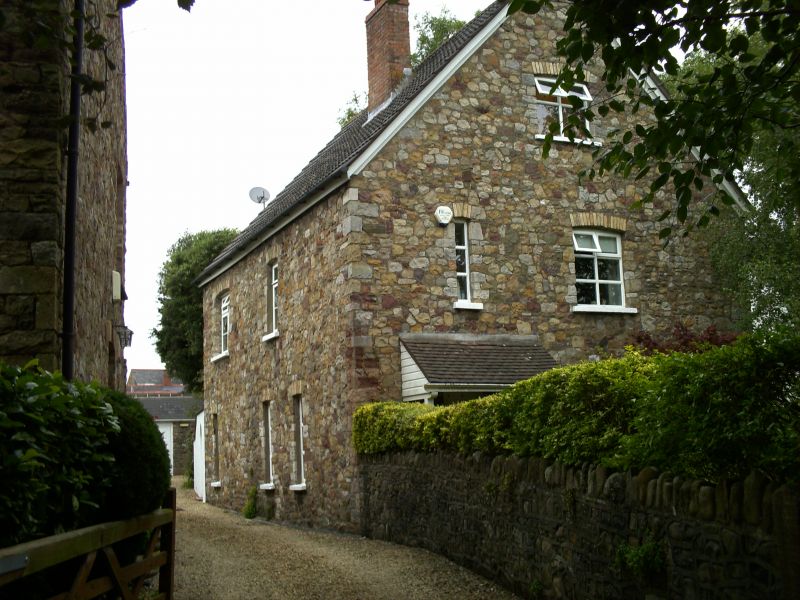 Location: The building still stands back from the road in its own plot.

Present building incorporates part of a structure of probably the late C13 or early C14. It was the hospice or lodging house for visitors to the Cathedral and was probably in the form of a first floor hall. It is unknown when it became converted to ordinary domestic use. It seem to have been very thoroughly rebuilt in the C19 and C20 but, at the same time, it is clearly identifiable as a complete house on John Speed's plan of 1610.

The street front of the house with gable end of two storeys and attic in very roughly squared and coursed stone rubble with brick window heads, concrete tile roof. The gable wall has C20 casement windows and a pent porch. The west wall has three C20 windows below and two above. The east wall of stone rubble with two 2-centred blocked windows with Gothic tracery, the northern window with reused tracery and an original moulding of Sutton limestone (from medieval quarry near Ogmore-by-Sea). Possibly originally also a third window to the north. On the lower level, between the two present openings, a blocked, rectangular opening, also of Sutton limestone. The rear of the house (not seen at resurvey) with stuccoed gable end. Modern brick stack to west slope of roof.

Not available for inspection at resurvey. It seems unlikely that any medieval work survives other than part of the south-east corner and the east wall.

Included for the special interest of the rare surviving medieval domestic work.