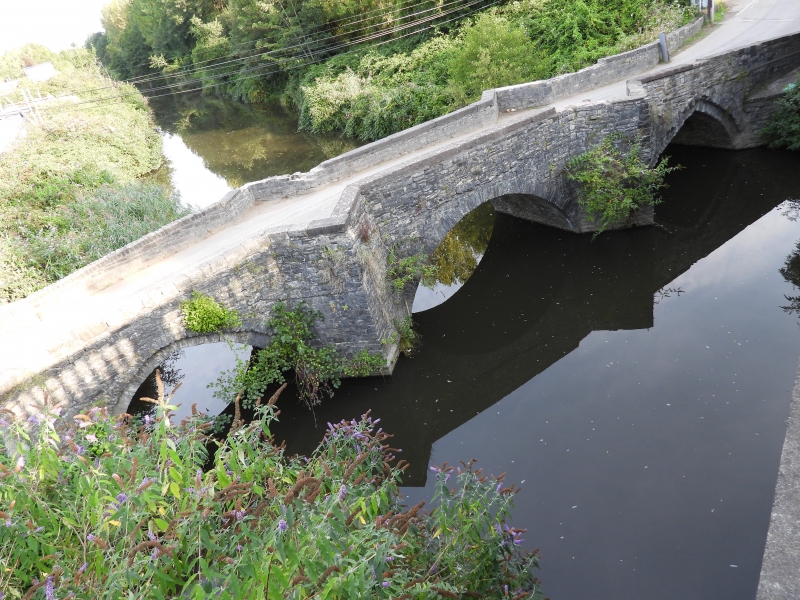 Location: At the southern end of Canton crossing the River Ely into Leckwith which is without Cardiff in Michaelston Community.

Medieval in origin, possibly partly reconstructed in the C17, with the central arch probably rebuilt in the C18. The bridge was by-passed in 1934. Leland recorded Leckwith Bridge as being 'soundly built of stone' in 1536.

Rubblestone bridge of three arches, the two outer ones pointed with double arch rings, the centre one semi-circular and probably rebuilt. Carriageway about 2.75m wide but with refuges above pointed cutwaters. The two elevations are the same. Low parapet walls topped by flat slabs.