Ty-du and adjoining byre and stable 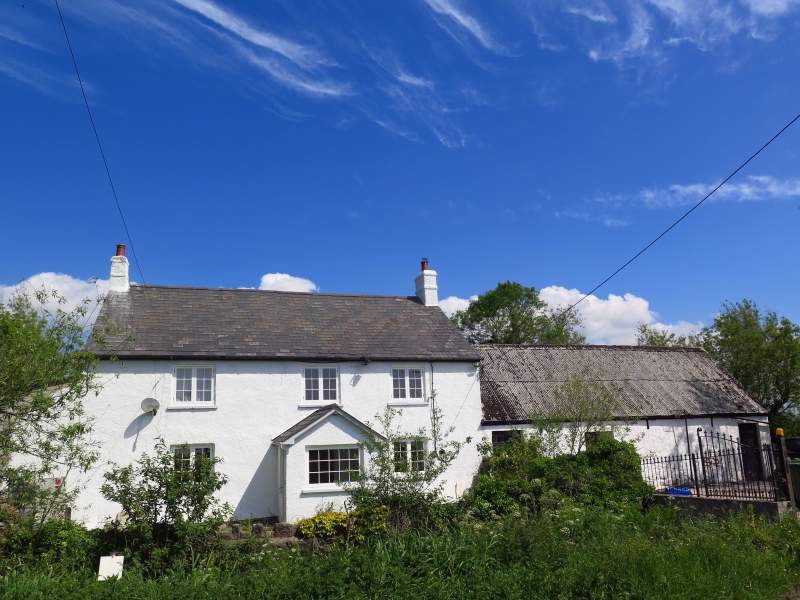 Location: On the levels, facing the main thoroughfare from which it is separated by a small reen; very near the SE community boundary.

Originally a small probably C17 unit later extended, probably in C18/early C19, when the axis of the building was altered through a right angle. Formerly thatched and roof raised since 1935. Called Ty Ddu on Tithe Map.

Farmhouse and former byre and stable. Mostly of stone rubble clad in roughcast with Welsh slate roof and end stacks; attached range is limewashed with corrugated roof. 2 storeys, 3 window slightly asymmetrical range of 6/6 pane casements; ground floor has central gabled porch entered from side. Attached to front right is a wall extending along the bank of the reen. Attached to rear is a single storey 3-bay slate-roofed storage range; lean-to to left. Farm range to right has 2 doorways, one with stable door, and a window adjacent to house with 3 small ventilation slits at eaves level; one rear doorway and cambered headed boarded opening.

Listed as a traditional small regional farmhouse retaining its character.