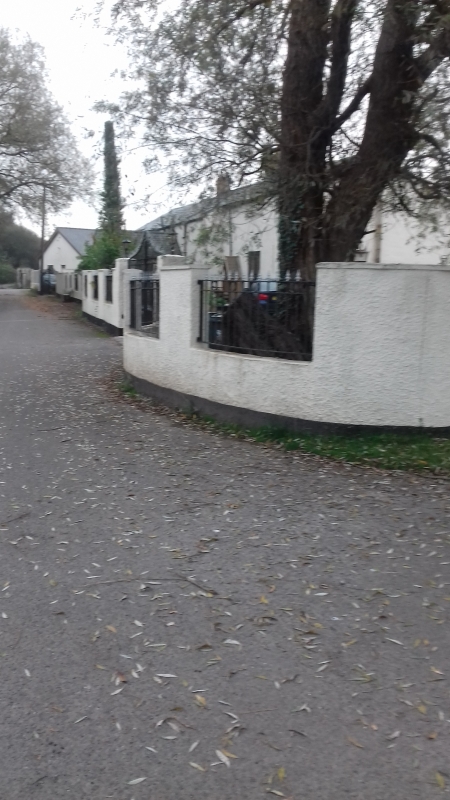 Location: Still in a semi-rural location though housing development is encroaching; reached by a narrow lane, Hendre Road, from Trowbridge, which here runs beside Pil-du Reen.

Probably C16-17 origin though appears to have been remodelled early to mid C19 and appears on Tithe Map with the current 3 units, omitting the small porch-shaped wing. Barn formerly of 3 bays with opposing doorways and threshing floor, metal bolted roof trusses. Byre formerly of 3 bays with loft, though when listed this was already partly incorporated into house; separate stable.

Included, notwithstanding conversion and incorporation of byre and barn units into dwelling, as retaining traditional farmhouse character.