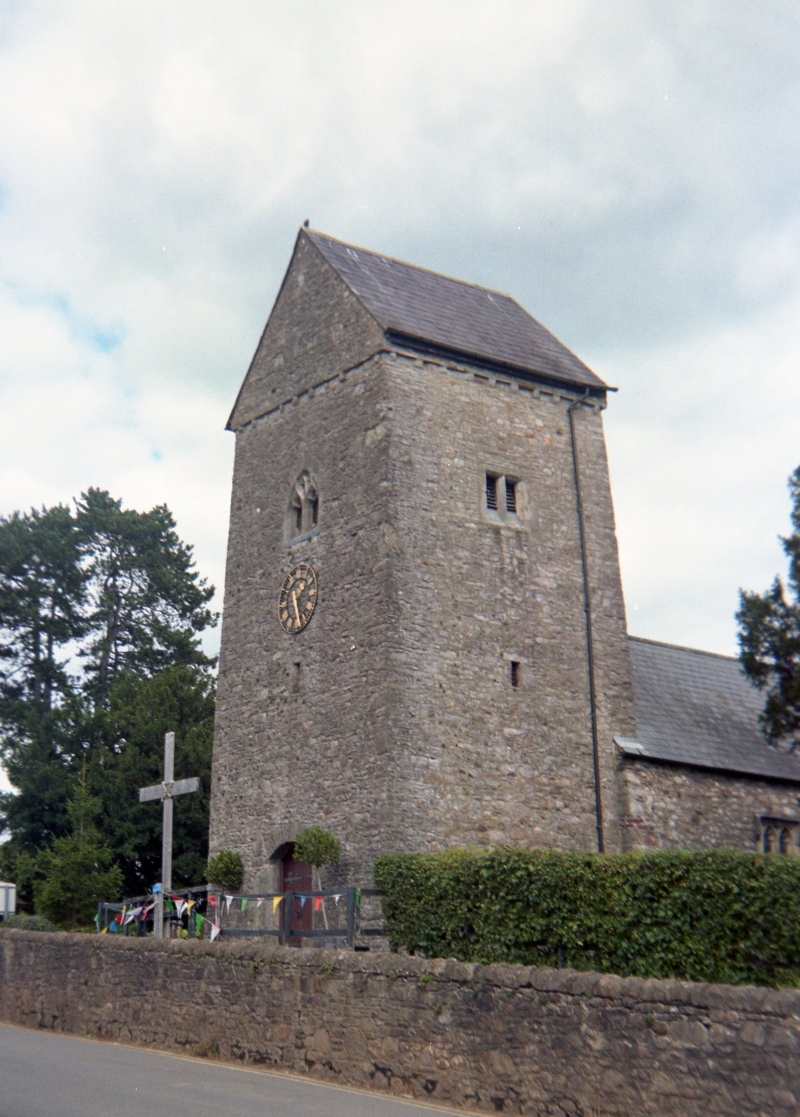 Location: On the very E edge of the developed part of Lisvane.

Mainly C14. Church was virtually derelict in mid C19. Revival began 1861 and full restoration carried out in 1878 at a cost of £500 under Revd Thomas Rees, with windows in Gothic Revival Perpendicular or Decorated. Records show as well as alterations to windows, also doors, floors and furnishings were renewed, the burial ground was levelled with new paths laid out and a wall provided for the churchyard; a service was held to mark completion of work. Living is traditionally alternately in the gift of the Earl of Plymouth and the Kemys Tynte family of Cefn Mably. Further fittings were added and additions made 1920s and 30s when much of Lisvane was being developed. Re-ordered in 1979 with N transept and hall extension by Berwyn Thomas; at this time the altar was moved to face obliquely down transept and nave, with choir re-sited in former sanctuary.

Interior walls have lost their plaster though the plastered ceiling to the barrelled roof is retained. Plain chamfered wide pointed chancel arch and similar to N transept, the two orders dying into the single-chamfered imposts. Squint between transept and chancel on N side. Deep splays to the windows. Tower arch has voussoirs; the tower timbers have been renewed but are chamfered and stopped. Benefaction Board of W Davies of Caerphilly, lozenge shaped plaque of 1802; simple early C19 plaques on either side of window; Frank Roper sanctuary statue from re-ordering of 1979. Small octagonal font on a circular shaft. Reported as retaining 3 C18 bells possibly cast by Evans of Chepstow.

Listed II*as an important medieval parish church within the area round Cardiff.