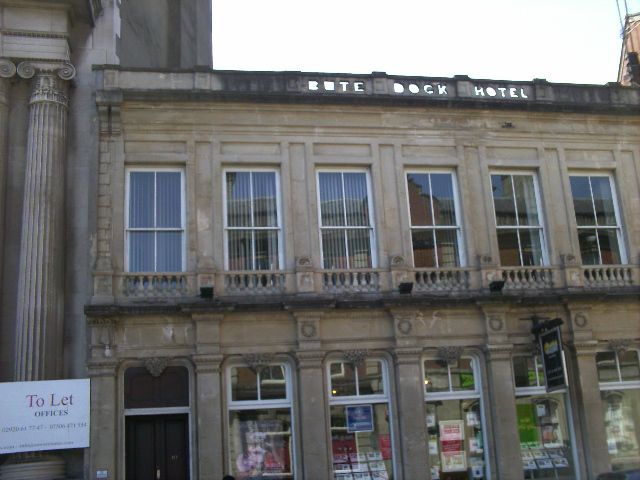 Location: Stepped down to right of the National Westminster Bank.

The Bute Dock Hotel was licensed in 1839; extended towards Bute Street in 1851 and with grander frontage added in later C19. Later became Docks Non-Political Club, before 1990s reconversion to Public House.

Included for its pleasing late C19 frontage, and for group value with adjacent buildings.