Cast Iron Posts and Railings to E of Dock Lane 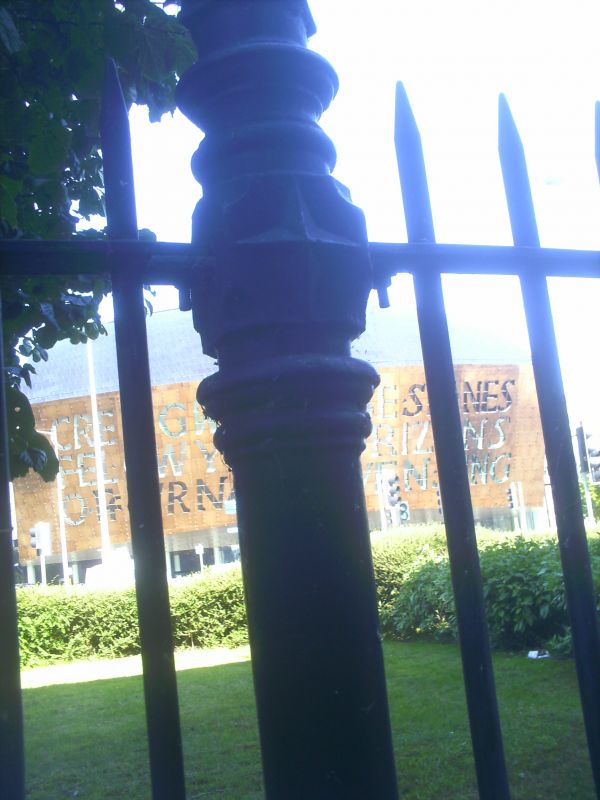 Location: Dock Lane is to the E of Bute Street, and runs from Pascoe House to the former Mercantile Marine Office.

Cast iron posts and railings which were formerly the boundary to Docks area. Length of this section of railings approximately 220 metres.
Seventy four posts circa 2 metres high, round shafts with bases, cubiform plinths with 4-pointed star decoration to faces, design of plinths repeated above capitals, and hexagonal pinnacles. two modern brick piers associated with electricity supply.

Listed for group value with other listed buildings in Bute Street.