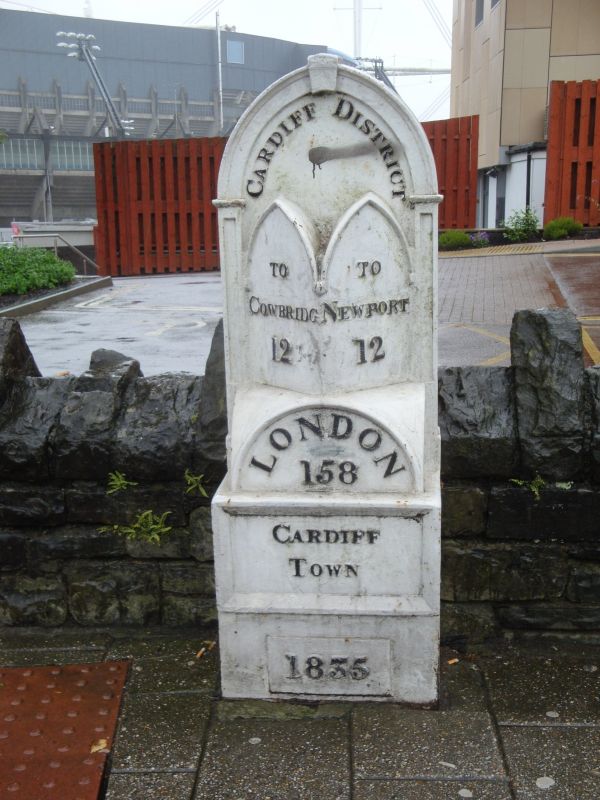 Dated 1835. Ornately moulded cast iron mile-post in Gothic style, the first of a series on the A48 to the west of Cardiff.